The Miami Heat were founded in November 1988 as an expansion team. They had almost 10 years of subpar seasons until Pat Riley arrived as the head coach and team president. He did his best to turn the team around, trading for Alonzo Mourning and Tim Hardaway. The team had a lot of success, making it far into the playoffs multiple times, but it never seemed to end quite how they wanted it to. The team changed forever when they drafted Dwyane Wade in 2003 and acquired Shaquille O'Neal. They would go on to win the franchises first NBA Championship in 2006, claiming the team's first ever championship.

After The Heat won their first championship, they were hungry for more. Shaq was gone, and Wade couldn't do it all himself. The team's fortunes quickly changed when free agents LeBron James and Chris Bosh decided to join Wade, creating the NBA's first big 3. This would go on to become a phenomenon many teams would try to emulate for years to come. The Heat made 4 consecutive Finals appearances winning 2 of them in 2012 and 2013. After losing the 2014 Finals to the San Antonio Spurs, LeBron left to go back to the Cavaliers and the team hasn't been the same since. 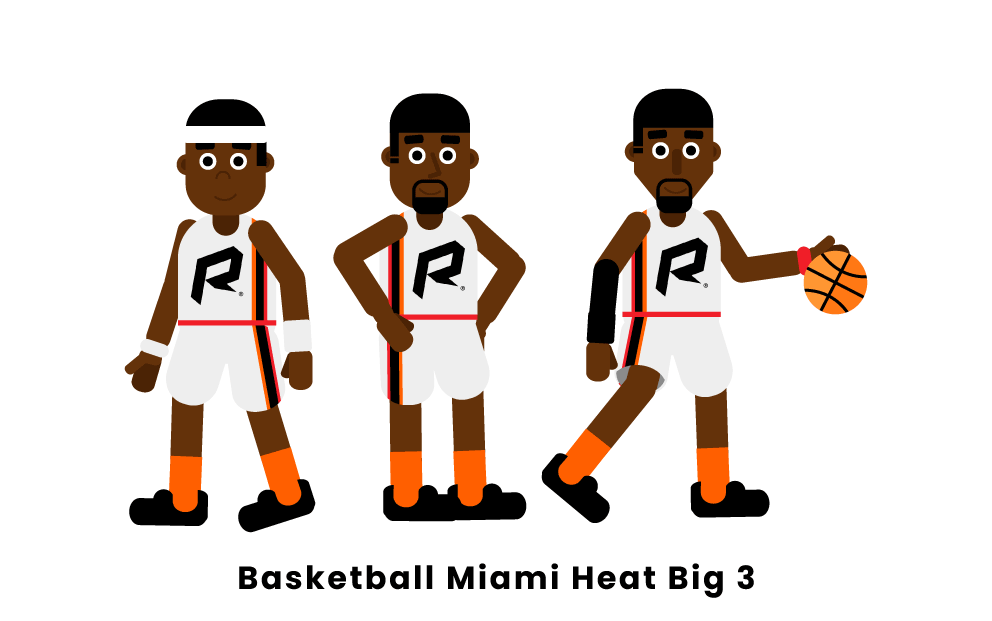 The Heat are going through a huge transition this year (2019). Dwyane Wade decided to retire with The Heat this past year, ushering in a new era for Miami. The team traded for Jimmy Butler this past offseason in a very confusing 4 team trade that saw The Heat trade away Hassan Whiteside, who has been a consistent force for the team in recent years. This puts the team in an awkward spot considering the existing cap issues. However, the team does have some interesting young players including Kellen Winslow, Bam Adebayo, and rookie Tyler Hero. These young guns along with star Jimmy Butler can turn the team around, and maybe even get back into the contender conversation.