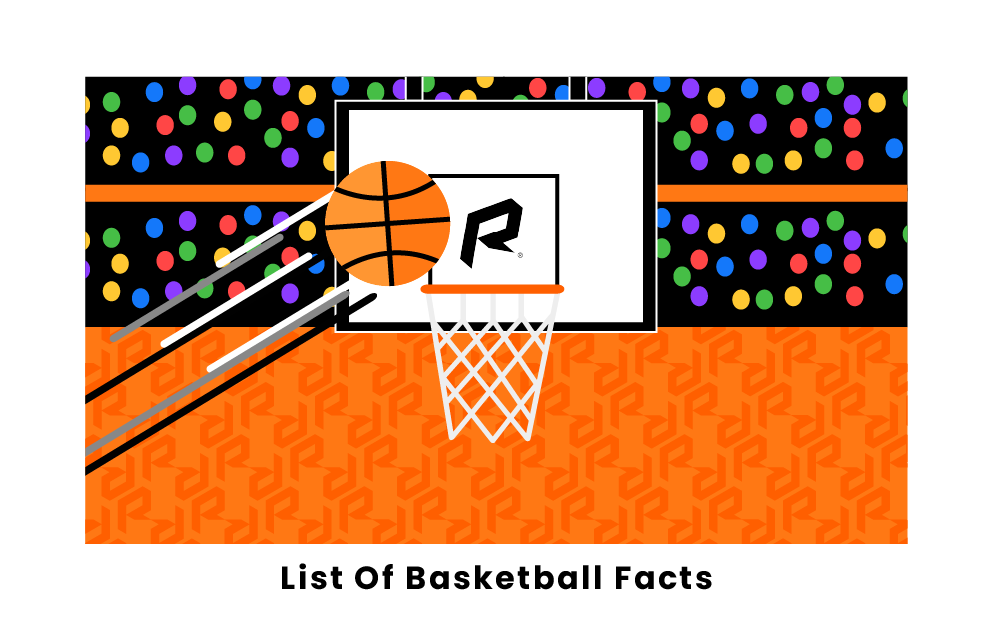 Basketball has a very old and interesting history. Founded in the late 1800s, it has grown to be one of the four major sports in The United States and is growing in popularity around the world. Basketball has a deep history and is full of traditions. Let's learn more about basketball history, players, scoring, and some fun facts.

The original basketball hoops were peach baskets: When basketball was first founded the baskets were peach baskets. Therefore, they did not have open bottoms so the officials had to use a pole to retrieve the ball after every time a team scored. The first string nets like what we see now were not used until the early 1900s to make the game flow better.

At the start of basketball, dribbling was not allowed: In the very early years of basketball dribbling was not permitted. It was not even thought to be used until 1897 where a team from Yale was first credited with advancing the ball doing so. It was then decided that dribbling would be allowed but only one dribble per possession. Since then, dribbling has become an important part of the game.

The tallest NBA player ever was Manute Bol at 7 feet 7 inches: Manute Bol was the tallest NBA player ever at a staggering height of 7 feet 7 inches. Bol played in the NBA for 10 seasons and was known for his defensive prowess and ability to block shots because of his immense height. Along with his enormous height Bol had an 8 foot 6 inch wingspan which helped him even more.

There is an athlete in the NBA named Gerald Green who only has nine fingers: Gerald Green, a player for the Houston Rockets, was born with ten fingers but had an accident when he was younger that caused him to lose one of them. When Green was 11 years old, he was dunking on a makeshift basket with his brothers and his ring got caught on the net and it led to his finger being amputated. Green has been in the NBA for many years enjoying a successful career.

The all time NBA scoring leader is Kareem Abdul-Jabbar: Abdul-Jabbar is the NBA all time leading scorer with an astonishing 38,387 total points scored throughout his career. Abdul-Jabbar was in the NBA for 20 years, first starting his career with the Milwaukee Bucks for six years and later being traded to the Los Angeles Lakers for 14 more. Abdul-Jabbar was an All-Star player in 19 out of his 20 years.

Lebron James is currently the leader among active players in total points: Lebron James started his career in 2003 for the Cleveland Cavaliers and since has become the third highest scorer in NBA history and by far the leading scorer among active players. James has a total of 34,241 points scored in his career just over 4,000 points behind Kareem Abdul-Jabbar and just over 2,000 less than Karl Malone who is the second leading scorer in NBA history.

60% of NBA players become broke within 5 years of their retirement from the league: Although NBA players make a large amount of money, they often are unequipped at knowing the correct way to make use of that money so they end up becoming broke. The data is based on a study done by Sports Illustrated in the year 2009 but in large part it remains true today.

A player was once drafted so young that his parents co-signed his first contract: Kobe Bryant got drafted right out of high school, before the NBA made the rule that forced players to be one year removed from high school before they were eligible to be drafted. Bryant at the time was not yet 18 so he was considered a minor in the United States and therefore was not able to sign his own first contract. Therefore, his parents had to agree to the contract as well and co-signed it.