A blocked shot in basketball is a shot attempt that was successfully blocked by the defense; that is, it was deflected in the air before it got to the rim. Blocked shots are one of the most exciting defensive plays in basketball as they animate the crowd and motivate the players. Blocked shots count as turnovers and missed field goal attempts for the players who attempted the shot.

Blocking a shot and having your shot blocked are both part of the game of basketball, however, sometimes the player who blocked a shot may brag or flex their defensive ability. A great example of that is Dikembe Mutombo, one of the NBA's great shot blockers. Whenever successfully blocking a shot, Mutombo would waive his finger at the player whose shot he blocked as if saying "not here."

How to Block Shots

Blocking shots is a very important part of a team's defense. Some of the great defensive players in history are known shot blockers. Although it may be easier for taller players to block a shot, doing it is more a matter of athleticism, timing, and play reading than of height itself. Great shot blockers can jump high and quick, and at the right time. Also, shot blockers also need to differentiate an actual shot from a pump fake, and that is when play reading is important. When a player is not attentive to the play, or jumps at the wrong timing, he may commit a defensive foul that will lead the opponent to shoot free throws, or commit goaltending, which leads to an automatic two or three points. 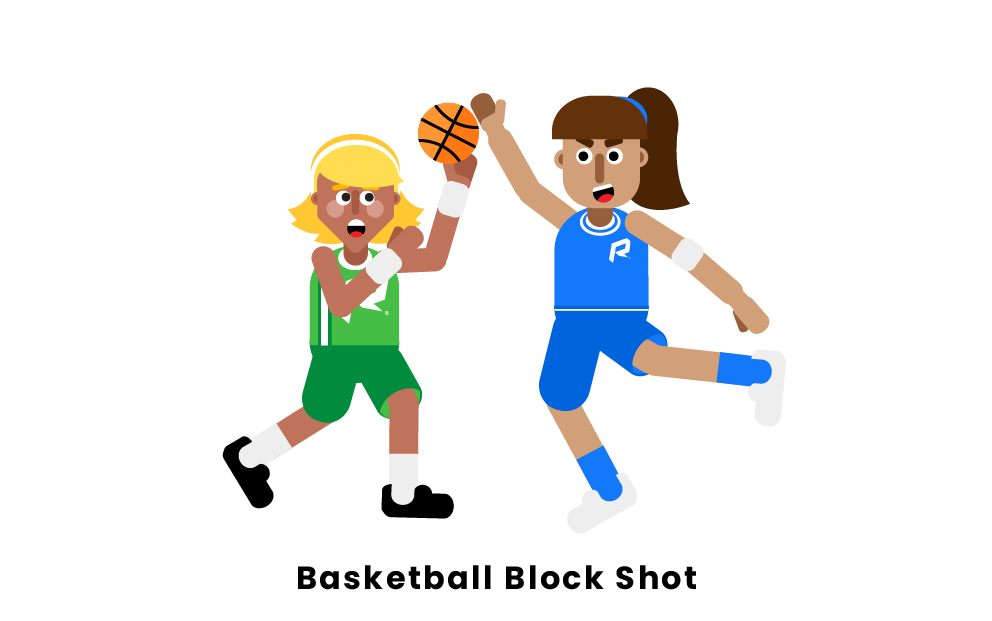 While blocks are one of the most plastic and exciting plays, chase down blocks are the most plastic and exciting defensive play in basketball. A chasedown block happens when a defensive player comes running from behind, chasing a player looking to score down the court, and blocks a shot attempt, most likely an easy layup. Chase down blocks happen in fast break situations. One of the most famous chase down blocks in history was made by LeBron James during Game 7 of the 2016 NBA finals. During the last minutes of the game, James blocked Andre Iguodala's layup attempt, a play that would be crucial for James' team to win the game.