The best tips for new basketball players include the fundamental elements of the game on both offense and defense. As a player becomes more comfortable with the fundamentals, he can build on them and add more advanced techniques to his game.

When a player receives the ball, he should get into the “triple threat” position. This means the player’s feet are shoulder-width apart, knees are bent, and chest and head up. The ball should be on the player’s hip, gripped with both hands. If the ball is on the player’s right hip, his right elbow should be behind the ball.

The “triple threat” position allows the player to protect the ball while still being in the ideal position to shoot, pass, or dribble it. These three options are where the “triple” in “triple threat” comes from. 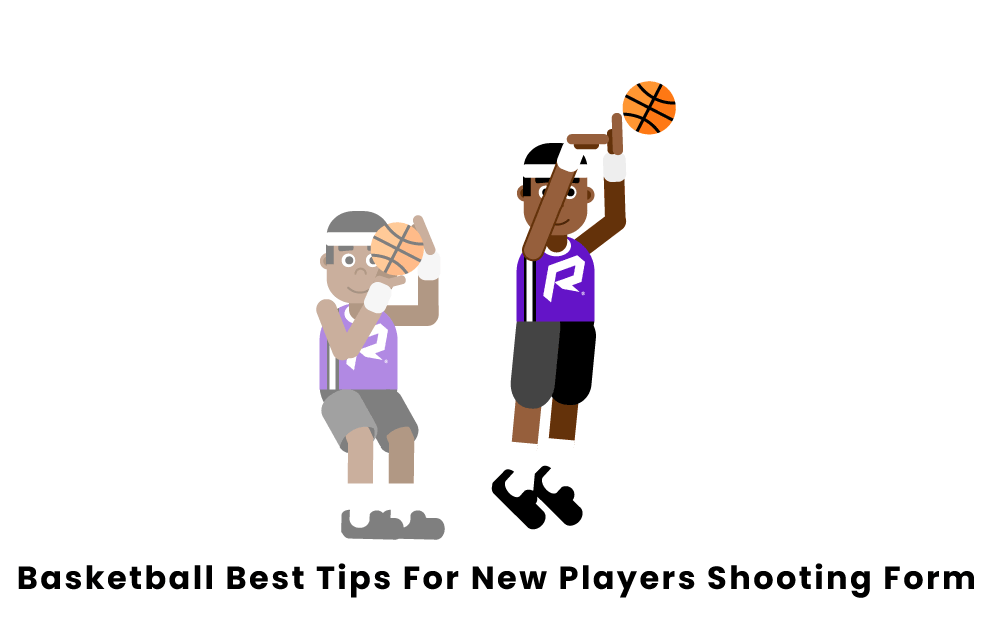 Shooting the ball effectively requires a few key mechanics. First of all, the player needs to focus his eyes on the rim. He points his feet, which are shoulder-width apart, at the basket. The player’s strong side foot should be a few inches in front of his other foot. Next, the player bends his knees to generate the shot’s power.

The player’s elbow is tucked in, parallel to his body. The ball should be in the player’s strong hand with fingers spread out. When raised from the “triple threat” position, the ball should move up in a straight line from the shot pocket near the waist.

When the ball is at the level of the player’s face, it should be slightly off to the side so it is still in line with his elbow, shoulder, and foot. The player’s wrist is angled back with the ball resting on his fingers, as opposed to the palm of his hand. his weak hand, known as the “guide hand,” is placed on the side of the ball. This hand’s only purpose is to guide the ball in a straight line and should not be used to push the ball at all.

The player then extends his arm, locking the elbow and snapping the wrist so his fingers are pointed to the floor at the end of the shooting motion, giving the ball backspin, or rotation. When the ball is released, it should travel in an arc that is not flat, but is also not too high. The player leaves his arm extended in what is called the “follow-through.” It is important to mention that a single, fluid motion yields the best results when it comes to shooting a basketball.

Passing the ball is important as it is the fastest way to move the ball around the court, and will often lead to better shots for teammates. As such it is necessary to discuss four basic types of passes.

The chest pass is the most basic pass of the four. When throwing such a pass, the player holds the ball at his chest with both hands. The player steps forward with one foot as he extends his arms, locking the elbows. After releasing the ball, the palms of the player’s hands should be facing outward with his thumbs pointing toward the floor.

The bounce pass uses the same mechanics as the chest pass. The only difference is the passer throws the ball so it bounces about three quarters of the way to the receiver.

The wrap around pass can either be thrown in the air or bounced. When throwing such a pass, the player steps with his outside foot, relative to the basket, and throws the ball with the hand on the same side. The aim is to throw the ball around the defender.

The overhead pass is often used by rebounders to outlet the ball to a guard. A player throwing an overhead pass raises the ball over his head with both hands and elbows bent. The player then steps forward with one foot and extends his arms in a forward motion.

When dribbling the ball, the player should first bend his knees and have his chest out and head up. The player should use the pads of his fingers to dribble the ball. This allows for the most control, compared to the palm of the hand or finger tips.

The player should dribble low and close to his body, protecting the ball with his body and off hand. All of these factors will help to keep the player under control and prevent the defense from stealing the ball.

It is also important that the player keeps his head and eyes up while dribbling. This will help him to see the floor and make the best decision given the situation. The player should also practice using his weak hand, as it is a necessity to be able to dribble with both the right and left hands in order to effectively protect the ball.

To play good defense, the player needs to get into a defensive stance. This means standing with the player’s weight on the balls of his feet, having the knees bent, butt down, chest out, back straight, and head up. The player’s legs should be spread with his feet slightly outside of his shoulders. The player’s hands should be extended to the side to make passing more difficult. Additionally, the player should watch the waist of the defender, not the ball, so as not to be fooled by ball fakes.