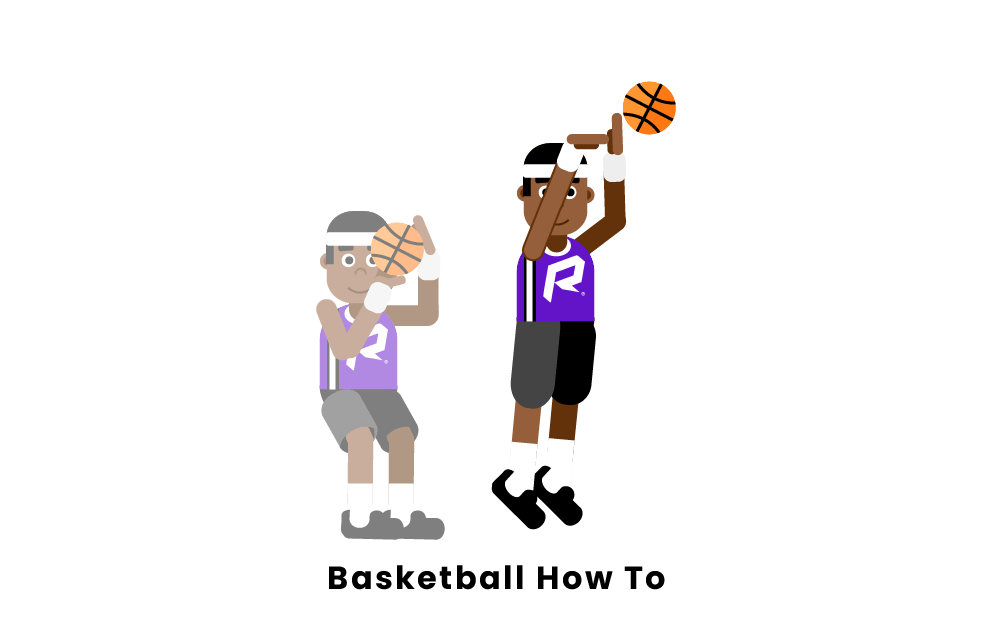 How do you play basketball step by step?

When it comes to a game of basketball, there is a typical set of steps for players to follow. Players will initially warm up on the court before the game, stretching, running through passing drills, and doing lay-up lines to get into form before diving right in. After warm-ups are over, the teams will prepare to start the game by sending their 5 starters out onto the court. One player from each team will start inside of the center circle, preparing to jump for the ball at the 'tip-off'. Once the ball has been tipped-off, the game begins!

During the game, teams will play either four quarters or two halves of basketball. They will be running back and forth down the court, trying to score the ball in their basket and preventing the other team from scoring. They will need to utilize all 5 basic skills of basketball (shooting, passing, dribbling, rebounding, and defending) in order to do this. Occasional breaks will happen in the form of time-outs, but the game will not stop for a prolonged period of time until the end of a half or quarter. Play will resume until the time runs out at the end of the second half or fourth quarter.

Once the game has ended, the team with the most points will be named the winner. Overtime periods will be held until one team is named the winner if the score is tied. Teams will then shake hands as a sign of respect, before they go their separate ways!

How is the game of basketball played?

Basketball is played by a team of at least five members, all of whom need to be able to perform the 5 basic basketball skills. The basketball team works together as a unit to score points by making shots and preventing the other team from scoring points. They can do this by strategizing through play calls and outperforming the other team with the 5 basic skills. Players will shoot, pass, dribble, rebound, and defend in order to help their team score more points than the other, which will win them the game!

Additionally, teams must try to avoid committing fouls or turning the ball over on offense or defense, since this can take away opportunities for them to score or give the other team more opportunities to score.

Basketball requires skill, strategy, and stamina in order to be successful. Through practice, playing basketball can become easier and easier for players to succeed at.

What are the 5 basic skills in basketball?

There are 5 basic skills every basketball player should be constantly working on in order to improve their play as a whole. These are important to any basketball player's success. Not all players are excellent at each of these skills, but they should be able to perform each when necessary.

Shooting is the skill of putting the ball into the basket, when on offense, to score points. Shooters can score 2-pointers, 3-pointers, or free throws for 1-point. Every team needs to score in order to win, so shooting is very important.

Passing is the skill of moving the ball from one player to another. There are a few different types of passes to be used in different situations, including chest passes and bounce passes.

Dribbling is used to move the ball down the court on your own. You need to dribble in order to move with the ball, which will create scoring chances.

Rebounding is the skill of obtaining the ball directly after a shot is missed. Rebounding is important on both offense and defense, in order to secure more chances to score.

Defending is the skill of preventing the other team from scoring. You want the opposing team to score as little as possible and good defense helps you do that!

How can I shoot better in basketball?

First, make sure that you are using your legs efficiently when shooting. The strength behind your shot starts in your legs, so you want to be bending them to create power before you jump for your shot.

Second, you should work on perfecting your form. Make sure that your elbow is directly under the ball when shooting and your hands are aiming toward the rim. All of your movements from your legs to your hands should be move in one fluid motion.

Third, make sure your follow through is correct. Your wrist should be bent toward the rim following the shot, with your fingers pointed toward where you shot the ball.

Noticing and correcting bad habits while practicing will lead you to becoming a better shooter. Repetition of a perfect form while shooting will help you build muscle memory, which will make your natural shooting form the most effective!

Pages Related to Basketball How To