How Much Does An NBA Referee Make? 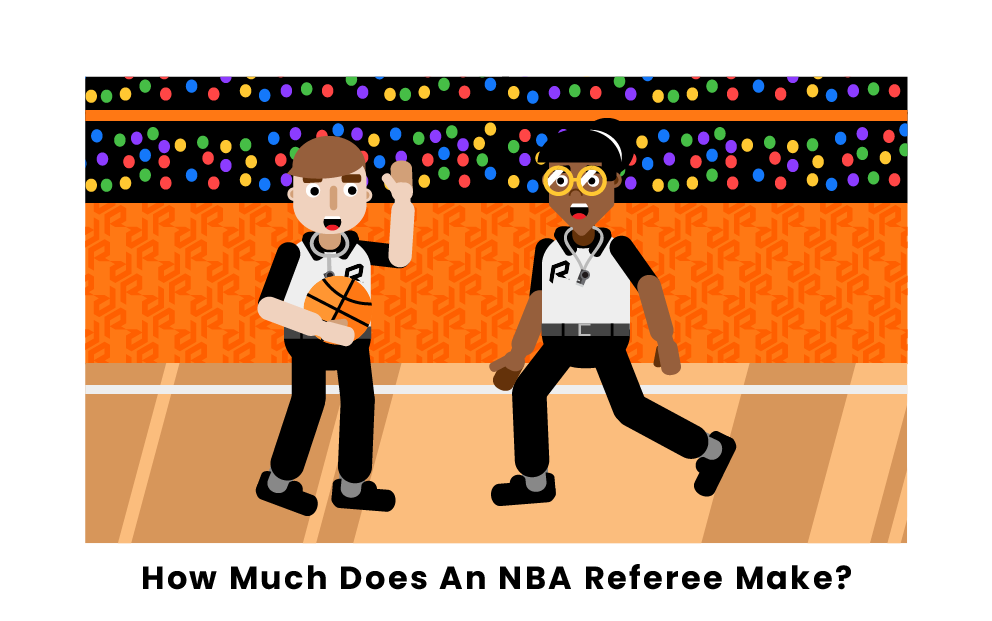 Aside from the players and coaches, NBA referees are among the most important people on a basketball court. Most people are aware of the large salaries and advertising deals made by famous NBA players of the past and present, from Michael Jordan, to Kobe Bryant, to Lebron James, but how does an NBA referee’s salary stack up against these players or against referees of other sports? Here, we will take a look at how much an average NBA referee makes.

What is the Starting Salary for an NBA Referee?

As with many other professional sports, such as NFL football, referees in the NBA make significantly less money than actual basketball players do. This is largely due to the importance of the players themselves and the fact that many high-ranking players get advertising deals with major companies, which referees do not. However, the entry and senior-level salaries for an NBA referee are still quite high, especially compared to average workers.

What is a Senior Salary for an NBA Referee? 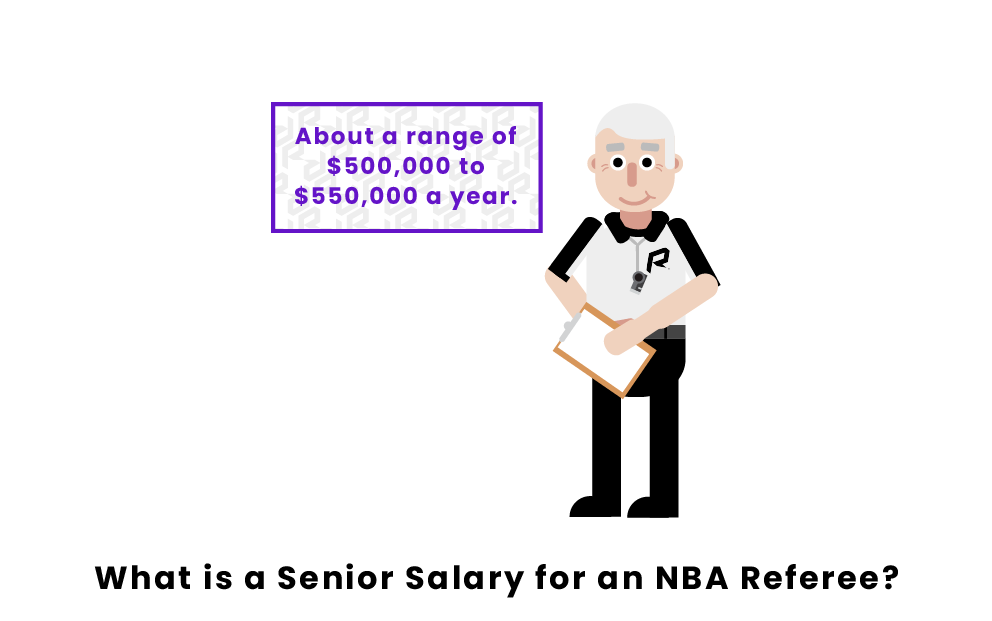 Many NBA referees who remain with the organization for years receive pay increases after a predetermined amount of time on the job. Entry-level referees are considered ready to transition to senior referee status after earning approximately three to five years of experience in the NBA. At this time, a referee can become eligible for increased pay, often in the range of $500,000 to $550,000 a year.

Among the many benefits included in the salary of an NBA referee are health insurance and retirement benefits, as well as stipends for travel, which are required due to the mobility required by the job. Additionally, NBA referees also receive bonuses for working important games, such as playoff games or games during the NBA Finals. Estimates suggest that NBA referees make approximately $8,000 to $50,000 per game for these important matches, which are added to their base salary.

How Do NBA Referee Salaries Compare to Other Referees? 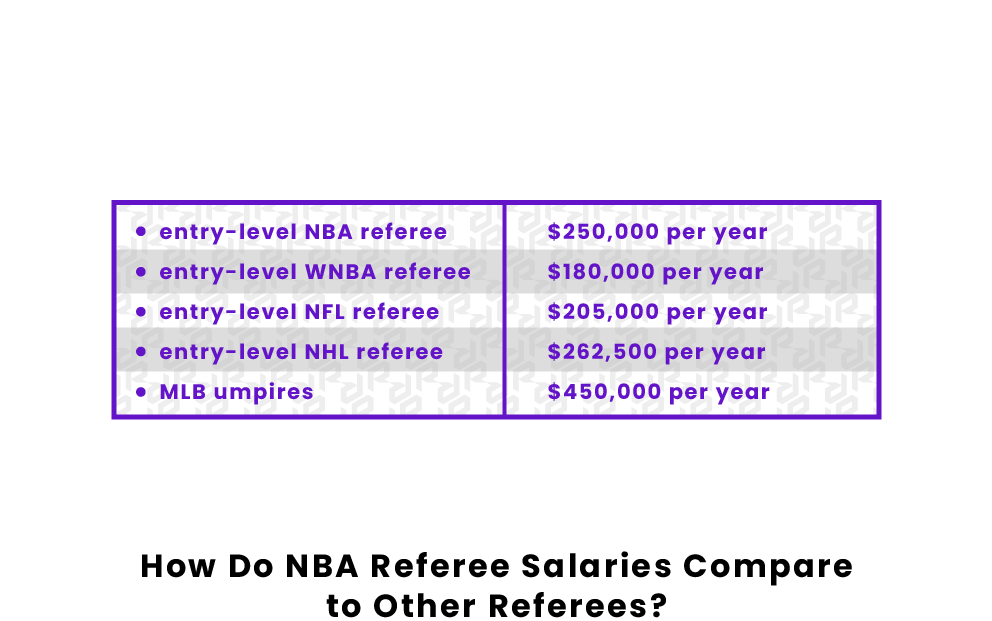 In comparison to NBA players, basketball referees make far less money. According to data for the 2020-2021 season, the average salary for an NBA player was an astonishing $7.5 million, and the highest-paid NBA player of that season (Stephen Curry of the Golden State Warriors) earned a salary of $45 million in 2021.

Who is the highest-paid ref in the NBA?

According to official estimates, the highest-paid referee in the NBA is James Capers, a Chicago-born referee who has been with the NBA for many years. Capers has served 24 seasons on the court as an NBA referee, officiating nearly 1,400 games, among them 135 playoff games and 10 NBA Finals games. Capers’ salary is estimated to be approximately $550,000 per year.

Do NBA referees get paid per game?

While the salary of an NBA referee is typically measured on an annual basis, their pay can be broken down by games. The average NBA referee’s salary at the entry level is approximately $250,000, which equates to roughly $3,048 per game. For senior-level referees, who can make up to $550,000 per year, the pay can amount to around $6,707 per game.

Is an NBA referee a full-time job?

During the NBA season, which lasts for seven months, refereeing is very much a full-time job, as every single team in the NBA plays at least 82 games. However, outside of the basketball season, NBA referees do not work for the organization, and many have other jobs that they pursue during that time. For instance, some NBA referees are lawyers, while others use their officiating skills to referee college or high school basketball in the offseason.

Do NBA referees make extra during the NBA Finals?

NBA referees do make extra money for officiating important games, such as the NBA Playoffs or NBA Finals. While official bonuses are not known for certain, it is estimated that an NBA referee can make between $8,000 and $50,000 extra per playoff game.

Pages Related to How Much Does An NBA Referee Make?