How Much Does An NBA Basketball Player Make? 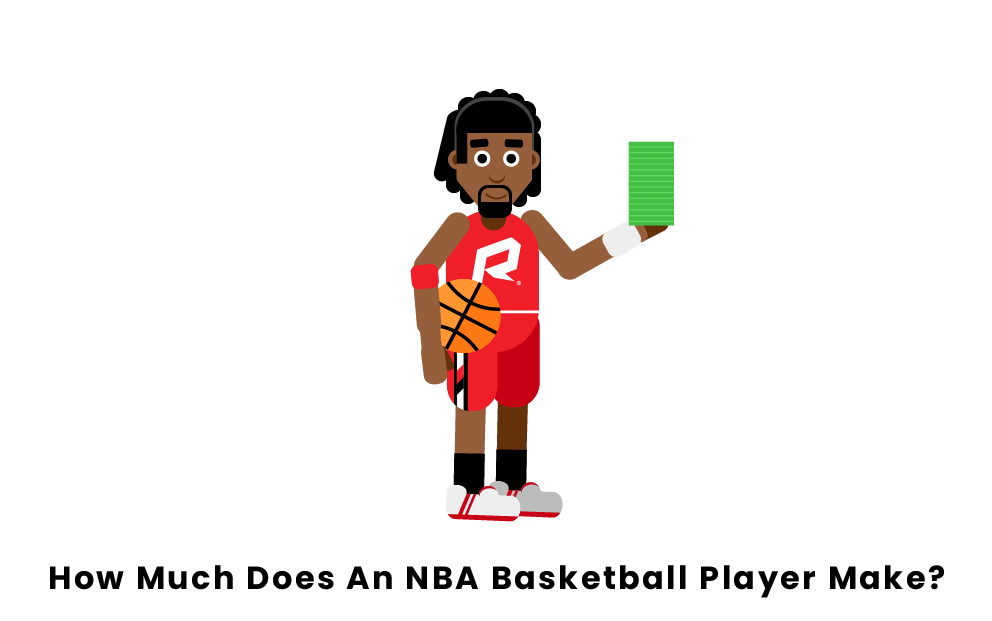 NBA players have the opportunity to make extensive sums of money throughout their professional careers. The National Basketball Association is the highest-paying professional sports league in the world. Besides scoring lucrative contract deals, NBA players can also boost their incomes with profitable endorsement deals. 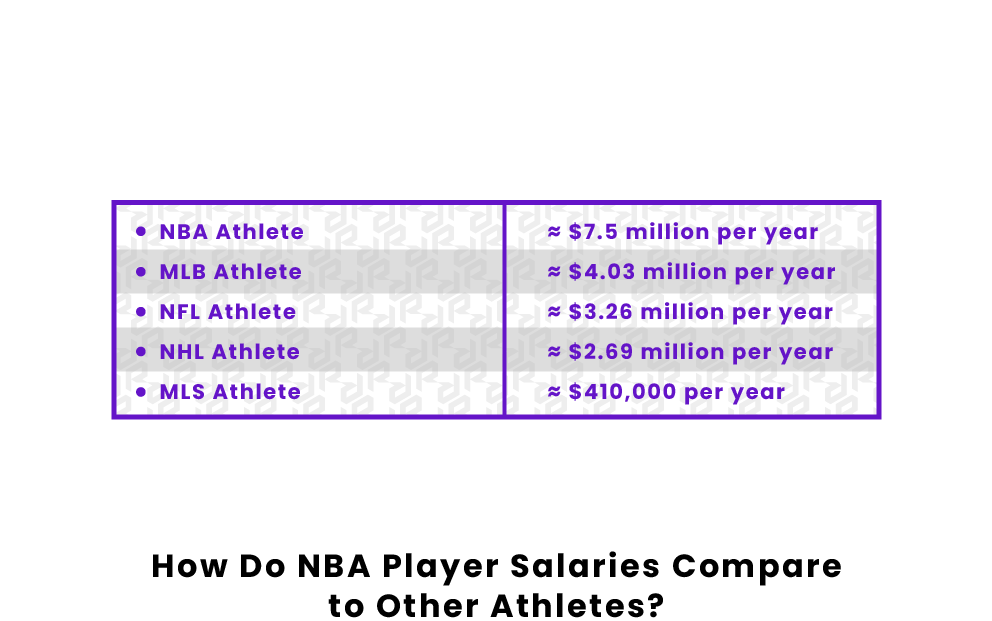 The average salary for an NBA player is about $7.5 million. Each NBA team plays 82 games during the regular season. This means that players, on average, make about $91,463 per game. Since each NBA game has 48 minutes of regulation time, NBA players make about $1,905 per minute each game on average.

When Are NBA Players Paid?

The NBA has a system in place so that its players are paid at the same time each month throughout the season and the rest of the year. Starting on November 15th of each year, players are paid on the 1st and 15th day of each month. This amounts to two paychecks per month and 24 paychecks each calendar year.

While many NBA players are paid their salaries bi-weekly, some choose to be paid through different methods such as loans or advances. After signing a contract, a player may choose to be paid a certain percentage of their salary immediately. This advance payment cannot exceed the lesser of two options: either 80% of the player’s guaranteed salary or 50% of the player’s base salary.

NBA players may also request a loan after signing their contracts. Players use their salary to help repay the loan throughout the season, and the loan can continue to be repaid over subsequent seasons if they are all fully guaranteed. A loan may not surpass the remaining amount of guaranteed salary that a player has for a given season.

Who is the highest-paid NBA basketball player?

Stephen Curry of the Golden State Warriors is the highest-paid NBA basketball player. In August 2021, Curry signed a deal with the Warriors that guaranteed him $215.3 million over four years. This is equivalent to $53.8 million guaranteed each year for the star point guard. Considering the NBA’s annual salary cap, which is $112.4 million for the 2021-22 season, Curry’s salary for the season is actually about $45.7 million and is still the top among all players.

Who is the lowest-paid NBA basketball player?

Demetrius Jackson of the Boston Celtics is the lowest-paid NBA player for the 2021-22 season, earning $92,857 for the year. There are 16 other players in the league that, similar to Jackson, will earn less than $1 million during the season. Another player making well below the NBA average salary is Troy Williams of the Houston Rockets. Williams is only guaranteed $122,741 for the 2021-22 season.

What do NBA rookies get paid?

The amount that NBA rookies get paid depends on when they are drafted into the league and the league salary cap for the season. A player that is drafted early during a season with a high salary cap will make the most money. While players drafted in the first round are given lucrative contracts with guaranteed salaries, all other rookies must negotiate their salaries with their respective teams. For the 2021-22 season, all rookies were guaranteed at least $925,258 if they remained on a team for the full season.

How much does the #1 NBA draft pick make?

Pages Related to How Much Does An NBA Basketball Player Make?