How Much Do NBA Season Tickets Cost? 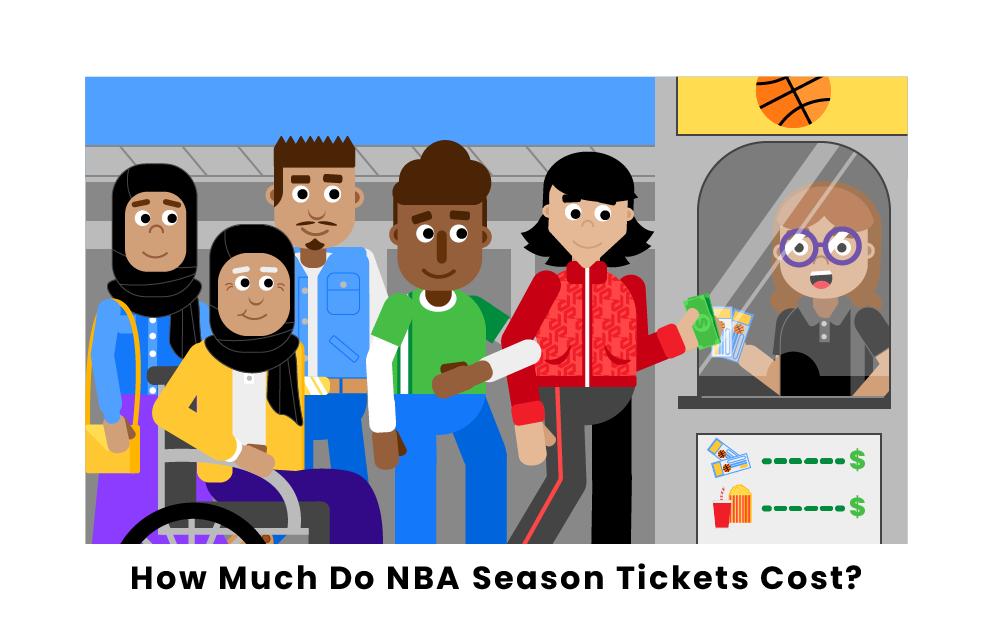 The NBA is one of the most popular sports leagues in the U.S. In the 2021-2022 season, the average attendance of an NBA game was over 17,000 people. The average capacity of an NBA arena is just under 19,000, with the United Center, home of the Chicago Bulls, leading all 29 venues with a maximum capacity of almost 21,000. Due to the association’s immense popularity, tickets are a hot commodity! Keep reading to learn more about how much it costs to experience an NBA game in person.

The most expensive NBA season tickets are for courtside seats, which can cost almost $90,000. However, when you compare those numbers to the most expensive single-game tickets, they give the prices for 41 games a run for their money. Here is a list of the three most expensive and in-demand games to attend during the 2022-2023 NBA season:

The cheapest NBA season tickets cost around $1,200 for upper-level seats. However, if you consider the fact that this is the price for 41 games, the teams with the cheapest single-game tickets provide a good comparison as to why season tickets may be worth the price for someone who would go to the majority of their favorite team’s home games.

The five least expensive NBA teams in terms of average single-game ticket price all cost below $160. The Houston Rockets average ticket costs $159, the San Antonio Spurs cost $157, the Detroit Pistons cost $153, the Oklahoma City Thunder cost $148, and the Indiana Pacers cost $138. If you multiply all these prices by 41, they would all equal numbers well over $1,200.

Do season tickets include the NBA playoffs?

Are NBA season tickets worth it?

Pages Related to How Much Do NBA Season Tickets Cost?