How Long Is A Basketball Game? 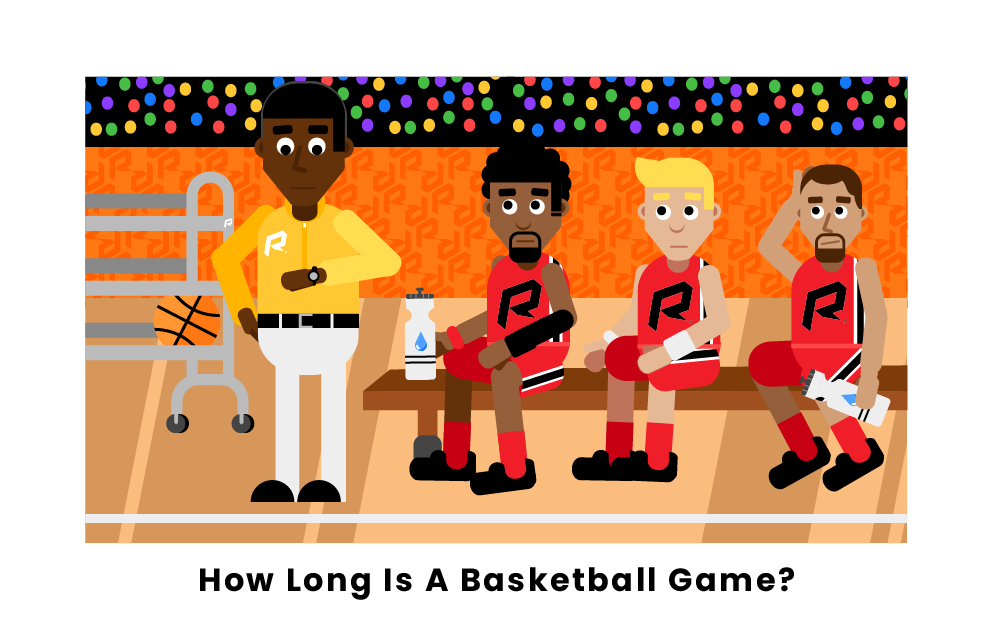 The length of a basketball game varies based on a variety of factors. A few elements that can impact the duration of a game include the playing level, league, and whether the competition is men’s or women’s.

The NBA is perhaps the most well-known basketball league globally, as it is home to the world’s best men’s basketball players. A regulation NBA game is split into four quarters that each last twelve minutes. Therefore, the total game time for a competition is 48 minutes. However, most games last between two to three hours due to time stoppages, including fouls, timeouts, referee reviews, and the 15-minute halftime break.

The WNBA is the United States’ main professional league for women’s basketball players. Differing from the NBA, a WNBA game is broken up into two halves instead of four quarters. Each half lasts 20 minutes for a total game time of 40 minutes. These contests also last longer than the actual regulation game time due to downtimes from fouls, timeouts, and halftime.

At the collegiate level, the regulation game time for a basketball contest is 40 minutes. While the total duration of the game is the same for both men’s and women’s competitions, the time breakdown differs between the two. A men’s NCAA game consists of two halves that each last 20 minutes, while a women’s game consists of four quarters that each last 10 minutes. These games will take around two hours each, accounting for timeouts, fouls, commercial breaks, and halftime.

The length of a high school/youth basketball game can often differ based on where the game is played, the league, and the skill level. However, most high schools in the United States adhere to the policies of the National Federation of State High School Associations (NFSHSA), which states that regulation games are to be split into four quarters, each lasting for eight minutes. Therefore, the game time of a high school basketball game is typically 32 minutes and ends up lasting around 90 minutes in total. At lower levels of play that are not regulated by a governing body, game durations will fluctuate more frequently.

How long does a timeout last in a professional basketball game?

In both the NBA and the WNBA, teams are given seven timeouts throughout the game, each lasting for 75 seconds (or one minute and fifteen seconds). While teams may not use all of their timeouts each game, if deciding to do so, each team can extend the total game time by close to nine minutes. If a team has two or more timeouts remaining by the start of the fourth quarter (in the NBA), the length of each timeout will be reduced to 20 seconds.

What was the longest NBA game in history?

The longest NBA game in history took place on January 6, 1951, in Rochester, NY, between the Indianapolis Olympians and the Rochester Royals. The game lasted for a total game time of 78 minutes and was forced to go into six overtime periods. At the conclusion of the lengthy game, the Olympians came out on top with a final score of 75-73. A notable reason this game lasted so long is because it took place before the introduction of the 24-second shot clock in the NBA.

What was the longest NCAA basketball game in history?

The longest NCAA basketball game in history took place on December 21, 1981, between the Cincinnati Bearcats and the Bradley Braves at the Robertson Memorial Field House in Peoria, Illinois. The competition lasted for a total game time of 75 minutes and took seven overtime periods to reach a conclusion. At the end of the seventh overtime, the Bearcats finished two points ahead of the Braves with a final score of 75-73.

Pages Related to How Long Is A Basketball Game?