How Does Basketball Betting Work? 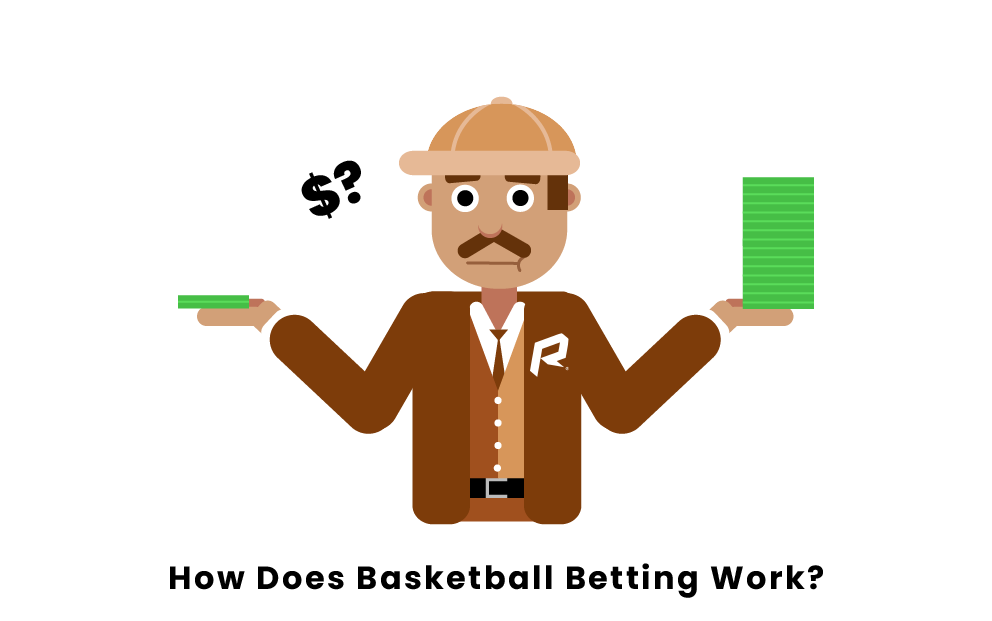 There are a few ways to bet on the sport of basketball. Bettors use odds determined by the casino to decide which games or players they want to place their money on. There is a structured system to betting on basketball that is important to know before investing in gambling.

The point spread represents how many points the favored basketball team should win by. When betting on the spread, a person does not bet on which team will necessarily win the game. The spread is portrayed in the betting books as the line. In basketball, the favored team will have a negative symbol next to the amount of points they are expected to win by in the line column.

When two basketball teams are evenly matched, the point spread will be very small. The point spread increases the more a one team is favored to win the game.

For example, a moneyline odd of -500 means a person must bet $500 to make a profit of $100. Transversely, a +500 moneyline means a person would receive $500 dollars by betting $100 on the underdog. The higher the chance a team has of winning a game, the greater the moneyline will become. Betting on underdogs can result in huge profits, but it is a very risky bet. A game between two evenly matched teams is less risky, but winning the bet will not result in high profit margins.

Over/under, or totals, represents a predetermined final total score of a basketball game. In an over/under bet, a person will bet whether both basketball teams will score a combined number of points either over/under the amount set by the casino. The casino also creates odds that both teams will either score a combined amount of points over or under the predetermined total score amount.

For example, if the projected total score of the game is 200, the over may have odds of -110. This means a person must bet $110 to receive a $100 profit if the actual combined score of the game turns out to be more than 200 points. The odds for the under do not have to be the same as the over.

What is a parlay bet in basketball?

A parlay bet is when a person bets on the outcome of 2 or more games or occurrences to happen. The better will not receive their money unless all of the games or occurrences work in their favor. For example, in basketball, a person could bet the spread on 3 games and bet the over/under on a fourth game. Parlays are quite risky, but they can result in large amounts of profits.

What does a futures bet mean in basketball?

A futures bet in basketball is a bet made before the season starts that tries to determine the outcome of the end of season. Futures bets can be made on which teams will be conference champions or who will win the NBA finals. In addition, futures bets include individual player awards as well. A sports fan can bet on who will win the MVP award in the NBA. Casinos create odds for futures bets at the beginning of every basketball season.

What is a push in basketball betting?

Sometimes a final score of a basketball game equals the over/under or point spread predetermined score. When this happens, the bet is considered a push. A push results in a bettor being refunded all the money they placed on the bet. Neither the casino nor the bettor wins in this scenario. In a parlay, a push will not void the entire parlay, but the bettor will not receive a profit from that particular bet.

Who determines the point spread of a basketball game?

Each individual sports book or casino determines the point spread for a basketball game. Point spread projections are based on a variety of factors such as team performance and player availability. Point spreads are subject to change at any time prior to tip-off for any basketball game. However, whatever spread was available when a person made their bet will remain the spread for that bet no matter what changes occur after.

Pages Related to How Does Basketball Betting Work?