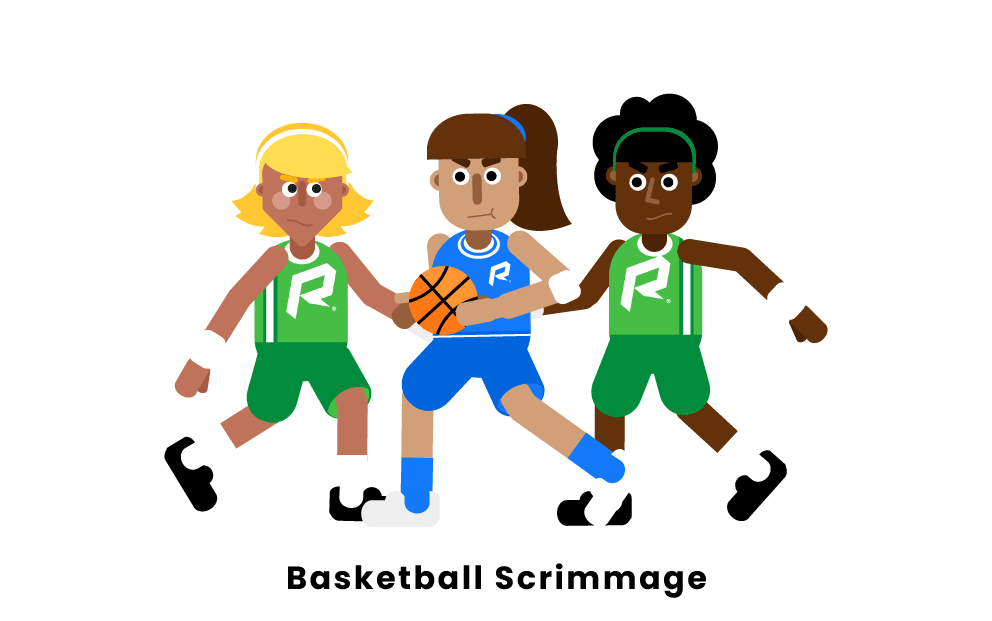 What is a Basketball Scrimmage?

A scrimmage in basketball is a practice game, typically between players on the same team. Some scrimmages are played against other teams for practice but have no competitive importance. This is done to practice game situations such as offense and defense systems.

What is the Point of a Basketball Scrimmage?

Basketball scrimmages are typically used during the beginning of a team’s season, for a few different reasons. First, for a new team, a scrimmage can give teammates a chance to learn how each of them play as individuals and understand how they have to play together as a team to achieve the greatest possible results. Scrimmages can also be used to develop skills in an extra-competitive environment, forcing teammates to play against players who already know their game.

Scrimmages can also be helpful for coaches who are making cuts or trying to decide on who to put in the starting five. Seeing players show off their skills in practice is different than seeing players in a competitive game.

The second type of scrimmage is typically seen as a basketball team’s game season is about to begin. Scrimmages do not count toward either team’s records and are usually used as a way to compete against outside opponents so that the team can fix whatever needs to be fixed before the season officially begins. These scrimmages can be very beneficial when it comes to running new plays or finding weak points in your team’s game.