How To Play Basketball Pickup Games

A pickup game in basketball is a non-professional or league game that is mainly for fun or practice. Teams are typically made up randomly and the first team to score a specified amount of points wins, with some games requiring the winning team to win by at least 2 points.

Games can be played on either outdoor or indoor courts and do not have referees calling fouls or violations. The players have to be their game's own referees, usually giving the game more leeway for fouling than is typical in an organized setting. 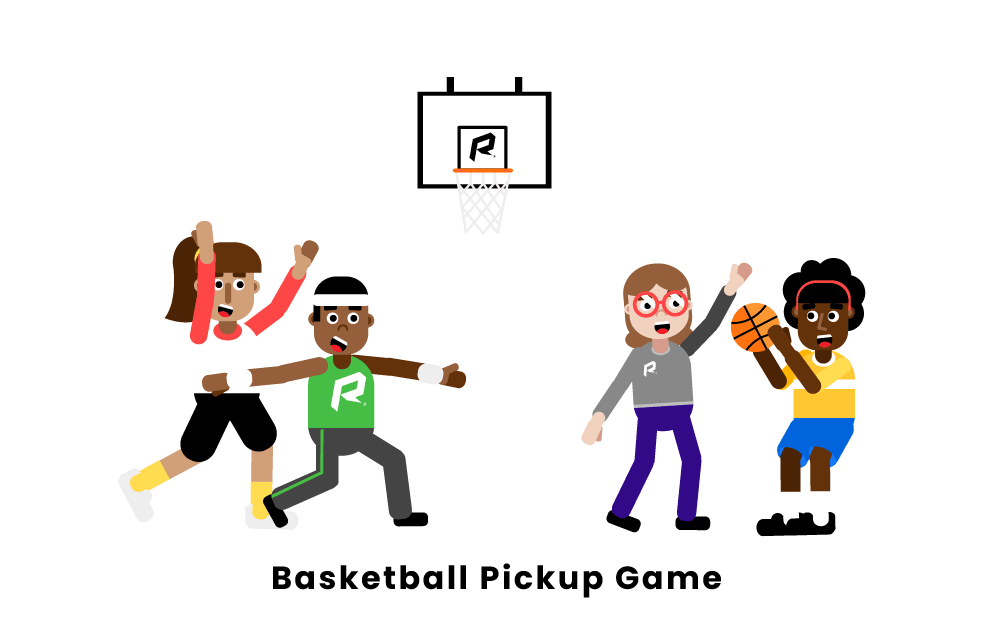 Why Play a Pickup Game?

The main draw of many pickup games is that they are meant to be a fun way to practice or show off your basketball skills with friends. If a player makes a mistake, they won't be taken out of the game and worried about losing their playing time. Instead, they can laugh it off and continue on with the game! They allow you to be creative and skillful without the pressure that organized competition imposes on you.

Though some pickup games may have their own rules created by the game's participants, there are some commonalities employed by the majority of pickup players.

Since there is no official time limit on pickup games, the players must choose how many points a team must reach to win the game. The most common numbers chosen are 15 and 21, though games with fewer players might only play to 11.

Since there is a cap on the number of points to be scored by each team, the rules for scoring shots is different than in a typical game. Most pickup games will assign typical 2-point shots only 1 point and 3-pointers count for only 2 points. This ensures that the game can't end in only a few shots, and makes it much more competitive.

Most games will employ a 'win by 2' rule, meaning a team must be winning by 2 or more points to actually end the game.

Pages Related to How To Play Basketball Pickup Games