How To Play Knockout Basketball

Knockout is a special type of basketball game that anyone can play. Knockout is not actually a part of the sport of basketball, but rather a fun minigame to play with friends.

Knockout is played with at least three players. The more players, the more fun! You will need a basket, two basketballs, and a line to shoot from. If you’re playing on a basketball court, you can use the free throw line or the three point line. If not, use chalk to mark a line or otherwise denote a shooting line.

Start by choosing an order to shoot in, and stick to that order. 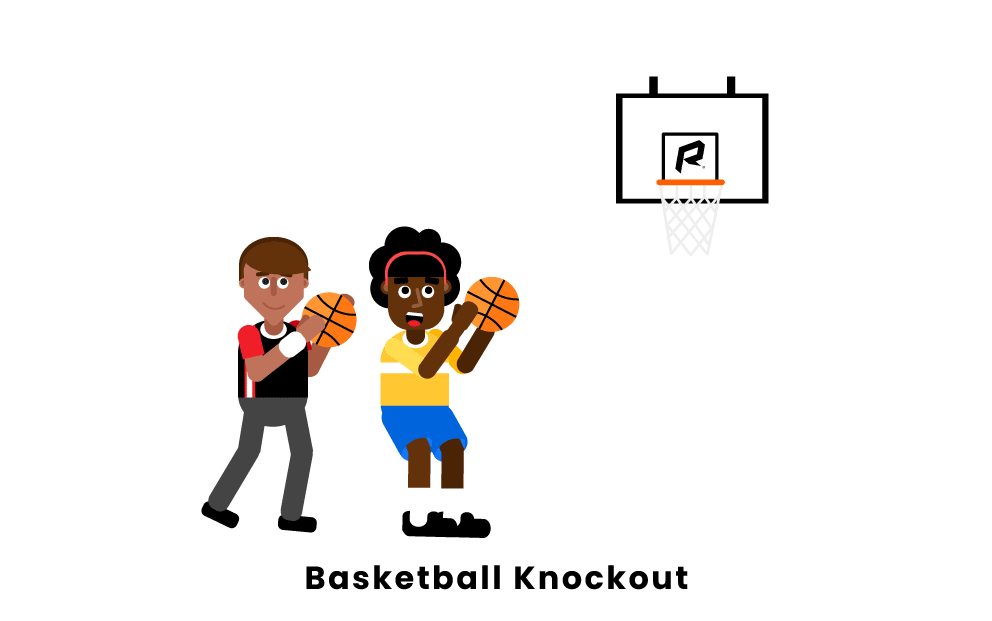 The players line up single file with the first shooter on the shooting line, and the others behind him. The first two players in line each hold a basketball. The game starts with the first player shooting their basket. Once the player in front of you shoots, you can take your shot.

When a player makes a basket, they retrieve the ball and pass it to the next person in line who doesn’t already have a ball, then get in the back of the line. If you miss a basket, you collect the rebound and shoot again. Only the first shot must come from the shooting line: the other shots can be taken from wherever. You keep shooting the ball until either you make the shot, or the person behind you makes a shot first.

The goal is to eliminate other players by making shots and be the last one standing. A player is eliminated if the player behind them in line makes a basket before they do. When this occurs, the game is paused, and resumes with the next shot.

Playing with revenge makes for much longer games, since players can keep coming back in via revenge. Revenge makes it so that a player must eliminate every opposing player in order to win the game.

Revenge is best to use when there are not many players in the game. If revenge is used in a game with many players, the game could take a very long time to finish.

Pages Related to How To Play Knockout Basketball