Around The World Basketball

"Around the World" is a competition-based shooting drill. Players attempt shots from various locations inside and beyond the three-point line, with the player that is first to complete the sequence of shots being declared the winner. Around the world is not only a fun way for teammates to compete against one another, but it also helps players develop the ability to shoot from virtually anywhere on the court. 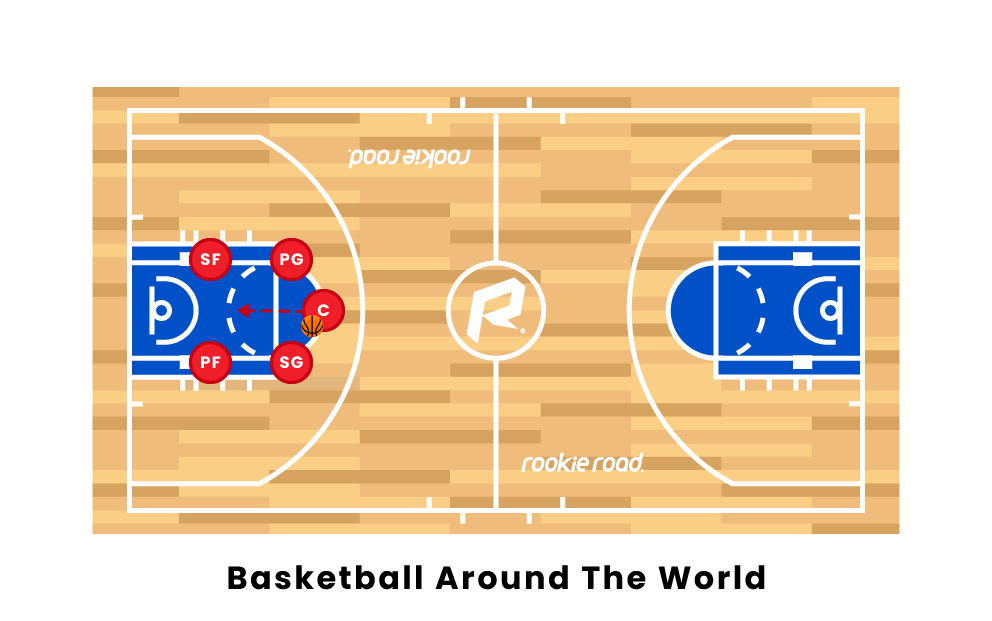 The game is played between two or more players, who take turns shooting the ball from each spot. Shooting spots can be located in different places depending on who is playing, as long as there are five total spots in an evenly spaced, half-circle alignment. Once a shot is made, the player gets to move on to the next spot and attempt a shot. Each time a shot is missed, the player is forced to remain in the same location and wait until their next turn. The first player to complete the sequence there-and-back (total of 10 made shots) is declared the winner.

There are several different variations of the game that are not included in the traditional guidelines. While rule changes tend to be unique to the group of people playing, the two most common adaptations are outlined below…

Partaking in several games of "around the world" helps basketball players develop a more consistent shot. They become accustomed to shooting from certain locations on the floor, allowing them to develop muscle memory and knock down the shots easily during games.

The game is also a great way for players to unwind while perfecting their craft. This is especially true for professional basketball players, who enjoy spending time with their teammates and engaging in a little friendly competition after a long, grueling practice.

Pages Related To Around The World Basketball