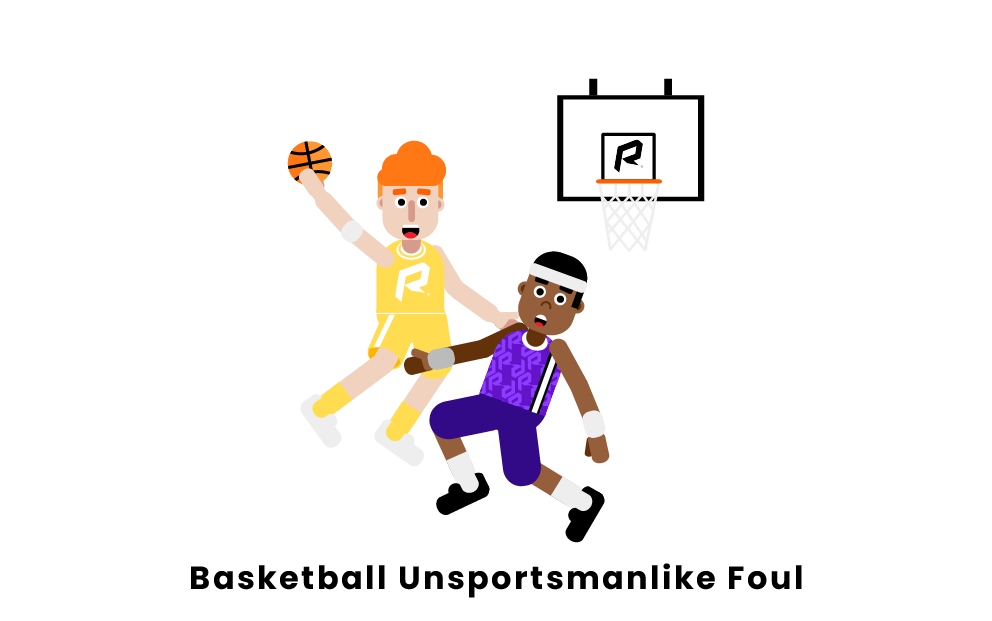 An Unsportsmanlike Foul in the game of basketball is defined as a foul committed by a player who had no intention to play the ball in any way. In other words, this could be a hard foul where the defensive player goes after the offensive player themselves not trying to block the shot or an instance where the player pushes another player away from the ball.

This type of foul results in a personal foul being charged to the offending player as well as two free throws and possession of the ball for the other team, a fairly substantial punishment.

The Effects of an Unsportsmanlike Foul Call

If an unsportsmanlike foul is called it could be at a meaningless point in the game and frustration is coming out of the losing team. Or, the game could be close and when it is called it could shift the landscape or outcome of the game. Depending on what happens on the play after the free throws are shot, the opposing team could gain 5 points from this foul call and shift a deficit in their favor moving forward.

A big momentum shift could also come from the stoppage in play and ensuing points scored from the free throws and possession that quiet a home crowd or cause the opposing team’s offense to falter. So, unsportsmanlike fouls are usually negative for both the player who was called for it as well as the team in which he is on as it can shift a game out of their reach and this cannot really be controlled.