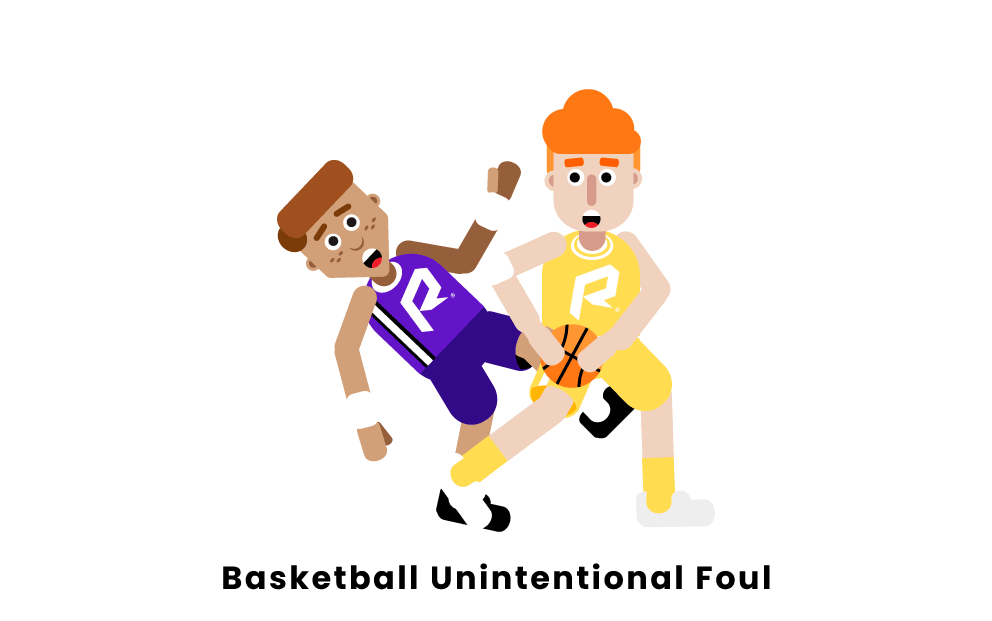 An unintentional foul in basketball is one that is committed accidentally. A team can commit a foul unintentionally on both the defensive and offensive side of the ball.

A personal foul is defined as one player holding, pushing, or running into another. It also includes contact obstructing or changing the path of another player with the use of his/her hands, arms, legs, knees, or body. Personal fouls often fall into the category of unintentional.

An intentional foul is one that is committed on purpose with the sole intention of making contact with another player. It results in two free throws and possession of the ball for the team that was fouled.

Personal fouls are often used strategically on defense. A number of scenarios exist in which a personal foul will disrupt a play or limit the number of points a team can obtain on a single possession.

For instance, fouls can be used at the end of a game when the team with possession of the ball is winning and stalling until the clock runs out. If the defense commits a foul while the offense is in the bonus, the game clock stops and the fouled offensive player will be sent to the free throw line. Barring an offensive rebound, the offense can only score a maximum of two points during that possession. The shooting team might even miss one or both free throws. This means the fouling team can cut into the opposing team’s lead the next time down the floor.

If a team is leading near the end of a game and is ahead by three points, fouling can be a good strategy, too. In this scenario, the fouled team cannot attempt a three-point shot because one of its players will be forced to shoot free throws. Again, unless there is an offensive rebound after a foul shot, the shooting team can only come away with, at most, two points on that possession. As such, the fouling team just about eliminates the offense’s opportunity to tie the score at the end of a game.

Based on the above sections, it might appear that such strategic fouls will be called as intentional fouls every time they are committed. In most cases, however, a play on the ball will be called as a common foul. Intentional fouls are mainly called when a player purposely makes contact with another player with no intention of going after the ball.