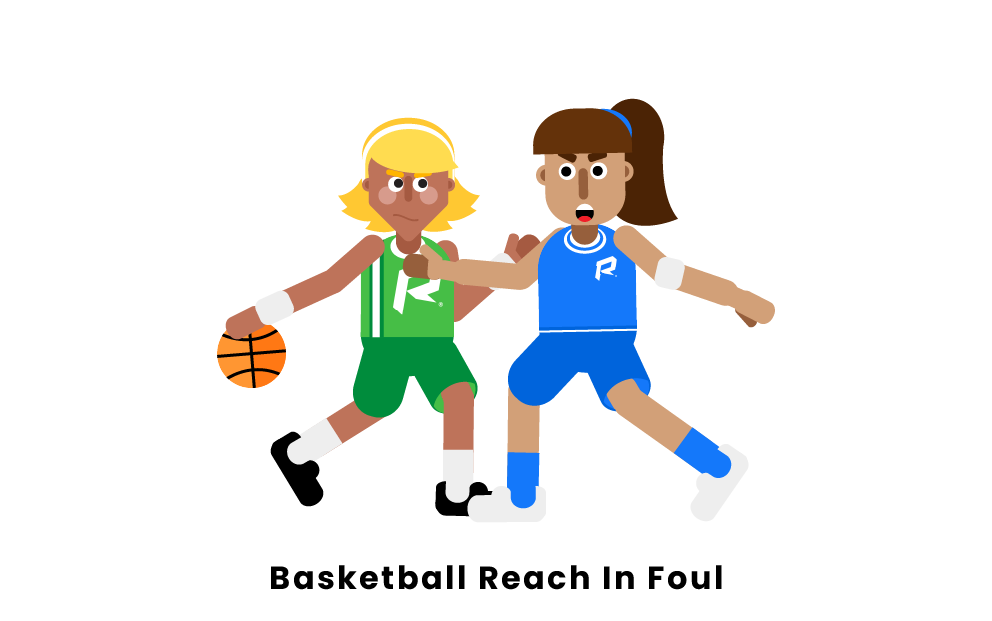 In basketball, one of the many types of defensive fouls is a reach-in foul. These happen when a defender makes illegal contact while reaching for the ball. Read on for more information on reach-in fouls in basketball.

Definition of a Reach-In Foul

Why Does a Reach-In Foul Occur?

Defensive players can have a bad habit of committing reach-in fouls because they often try to steal the ball before a scoring opportunity can open up for the offense. Ball carriers can also bait defenders to reach based on certain movements. Reach-in fouls are technically personal fouls, which adds the total foul tally of an individual player as well as their team.

Why Do Defensive Players Reach in for the Ball?

The majority of the time, however, reach-in fouls are non-shooting fouls. This means that, instead of free throws, the player who was fouled inbounds the ball to their teammates in the frontcourt.

What is a reach-in foul in basketball?

In basketball, a reach-in foul occurs when a defensive player attempts to “reach in” to the space of an offensive player and take the ball from them. According to the NBA Rulebook, “reaching in” is officially an impediment of a ball carrier’s personal space while making contact with them and reaching for the ball.