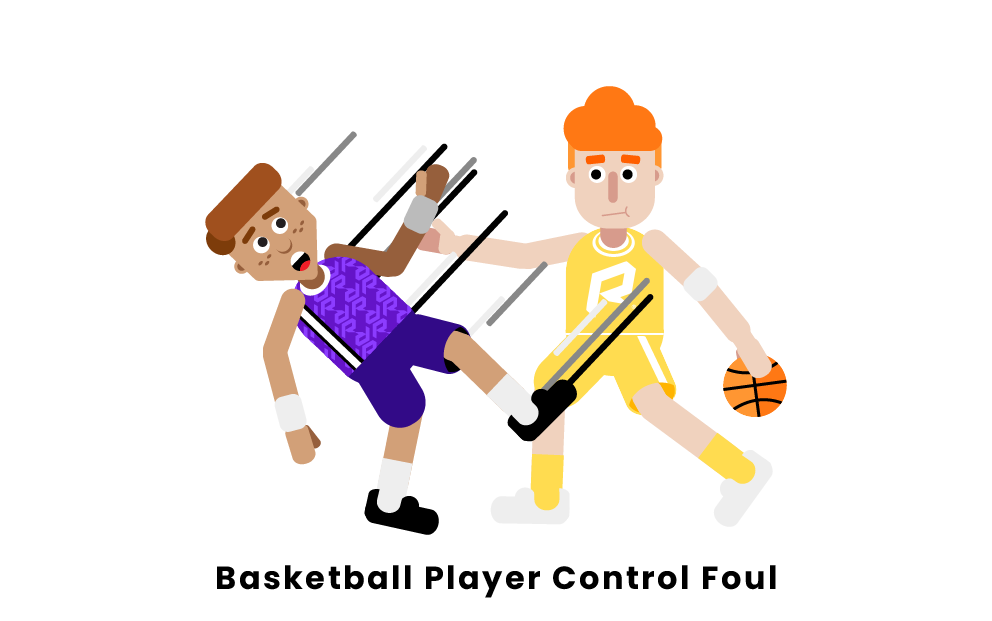 A charge is a form of player control foul that happens relatively frequently. An offensive player commits a charge when he runs into and makes substantial contact with a defender who is in a legal guarding position so long as he is not in the restricted area directly underneath the basket. Legal guarding position is often thought to mean the defender must have his feet set on the floor and is not moving by the time the offensive player makes contact. This is true, so long as the defender sets up in his position straight ahead of the ball handler. This means giving the ball handler space to avoid contact while dribbling or before the ball handler starts his shooting motion at the basket.

However, the rules are a bit more lenient, as a defender just needs to get his torso in front of the dribbler. The player’s feet may still be moving slightly, as long as he beats the ball handler to the spot he intends to dribble to.

What is a team control foul?

Is an illegal screen a player control foul?

No, an illegal screen is considered a team control foul, since a player without the ball is committing the foul.

Does the defense shoot free throws when a charge is called?

No, a charge does not lead to free throws for the defending team, even if they are in the bonus.