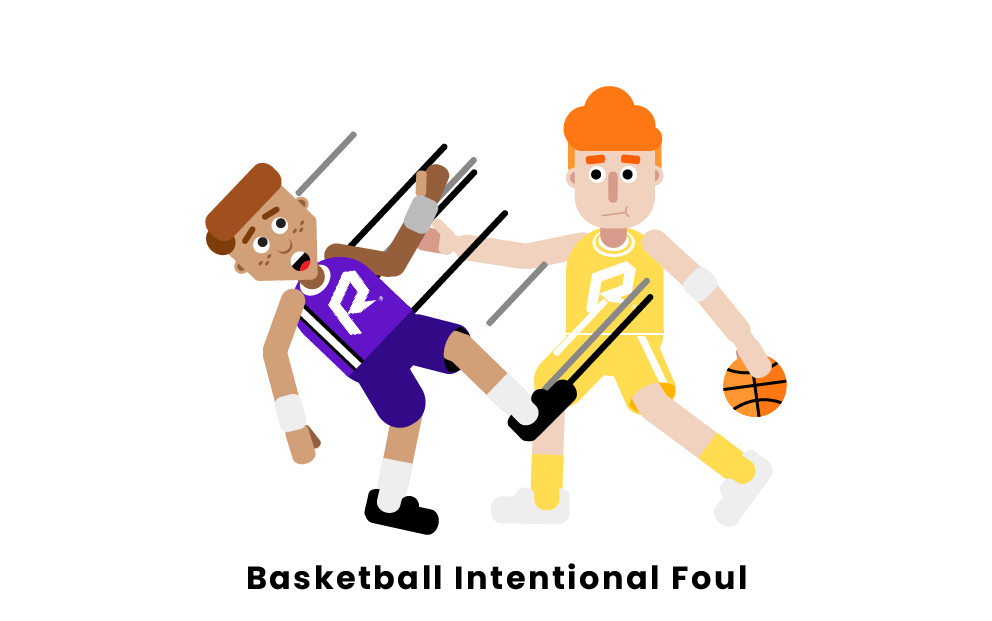 An intentional foul in basketball is a foul that is deemed to have been committed purposefully. Intentional fouls are generally obvious calls for a referee to make, as the defense makes it clear they are trying to commit a foul, usually by wrapping up an offensive player.

Why Commit an Intentional Foul?

Intentional fouling is a strategy most frequently used when the team on defense is losing with minimal time left in the game. Committing a foul that sends the defense over their foul limit for the period results in the offensive player that was fouled being awarded free throws. In the NBA, two free throw attempts are automatically awarded. In college and high school basketball games, the shooter is given a ‘one and one,’ in which the first free throw must be made in order to be granted the second shot.

Intentional fouls are the only way to truly extend a game, as the offense can otherwise simply dribble around the court and maintain the lead by letting time expire. While an intentional foul can result in two made free throws that effectively end the game anyways, a miss at least gives the losing team a chance to secure the rebound and tie the game with a last-second basket.

Process of Committing the Foul

Since the team on defense wants to preserve as much time as possible, they will look to foul immediately after the ball has been inbounded by the offense to indicate that play has begun. Defensive players are instructed to simply wrap their arms around the ball handler, such that it is easy for the referee to make a foul determination and no one gets hurt unnecessarily.

Intentional fouls can also be used to prevent an offensive player from scoring an easy basket. For example, if a member of the offense is dribbling down the court and is about to attempt an uncontested layup, a trailing defensive player may elect to commit an intentional foul and force the shooter to earn the points at the free throw line. Using an intentional foul to prevent a score is a risky move, as blatant or overly aggressive contact can result in a flagrant foul being called. This results in the offense being given two foul shots and possession of the ball afterward.