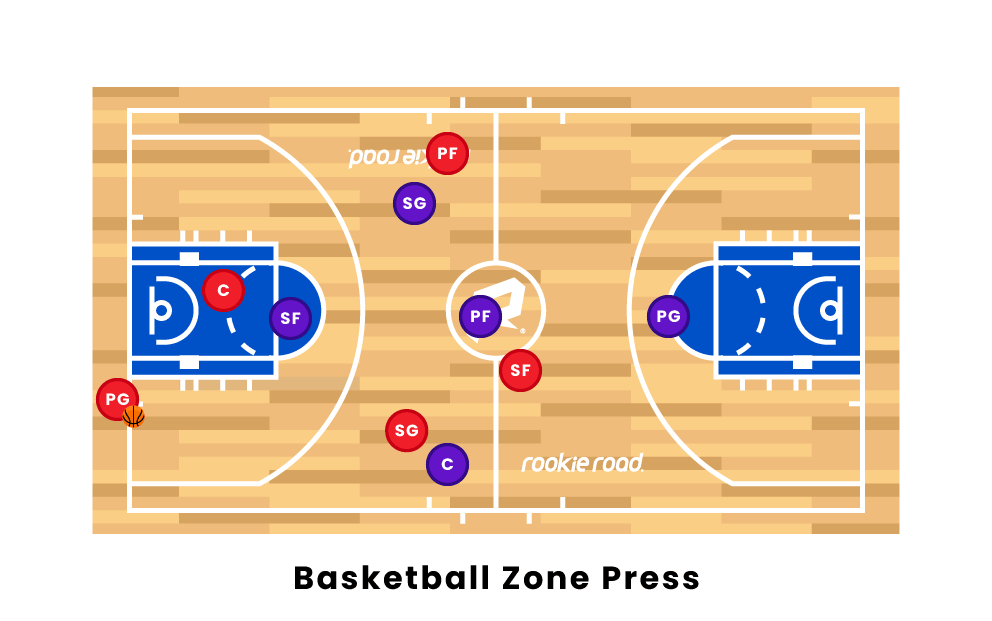 The Basics of a Zone Press

The zone press is one of the more common defenses used in basketball and is the counterpart to the man press. The zone press has defenders in a specific alignment reacting to players entering the area around them as opposed to following a specific player everywhere on the court. A zone press is usually used in the full court although there are variations that include three quarters court presses and half court presses too. The defense wants to pressure the offense into mistakes through this style of defensive play.

Strengths of a Zone Press

A zone press is a defense that can be easy to learn and allows the strengths of the athletes on the team to create havoc on the offensive players. Athletic teams who have players with good defensive instincts can thrive in a zone press because they can make up for the holes in the defense based on positioning and athleticism. No matter if a turnover is made or not, this defense forces the offense to slow down and work for every point scored taking time off the clock and energy from players over the course of the game.

Weaknesses of a Zone Press

Any pressure defense has its weaknesses including the zone press. It is essentially a high risk, high reward style of play so if an offense can stay patient and continue to break the press, they will gain many easy scoring opportunities over the course of a game. If the ball beats the press up the floor it leaves the least athletic player in a terrible situation which again allows easy buckets. Good ball movement and veteran players create these mismatches leaving holes in the zone that cannot be filled no matter what the defense does.