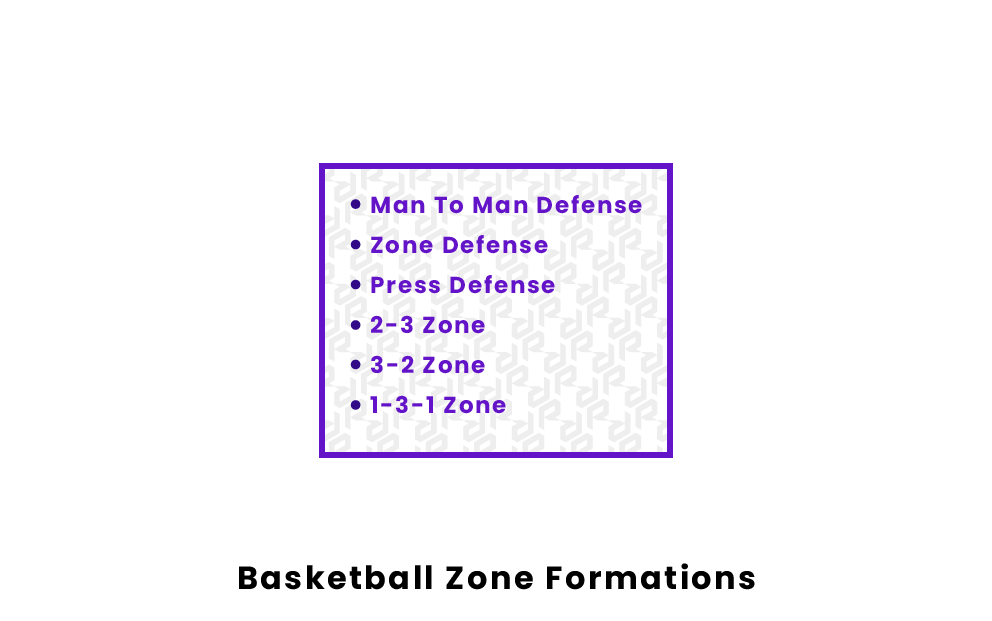 A basketball formation describes how players move and position themselves on the court in relation to players on the opposing team. There are offensive formations but they are most stressed on the defensive side of the ball as there is a lot less improvisation on this side of the ball. Teams must be fundamentally sound on defense in order to control the tempo and momentum of a game. There are three main formations that all others branch out from:

When playing a zone formation you can see players shifting on the floor. They move together, always maintaining their zones, but shifting their positions based on where the ball goes on the court. Moving as a unit and shifting correctly are important factors in order to run a proper defense. Making a mistake on a shift or assignment can lead to an immediate basket.

The following are advantages of a zone formation:

The following are disadvantages of a zone formation:

Types of Zone Formations In Basketball

There are multiple types of zone that can be played in basketball. A coach chooses which type of defense to play based on multiple factors including ability of the opponent, ability of his own team, and specific trends throughout the game. As a coach, player, or fan, you should know about the following formations:

An X-Y-Z zone formation is a generic phrase to describe where players should position themselves in a zone formation. The X, Y, and Z denote how many defensive players are in each area of the court starting at the top of the key. 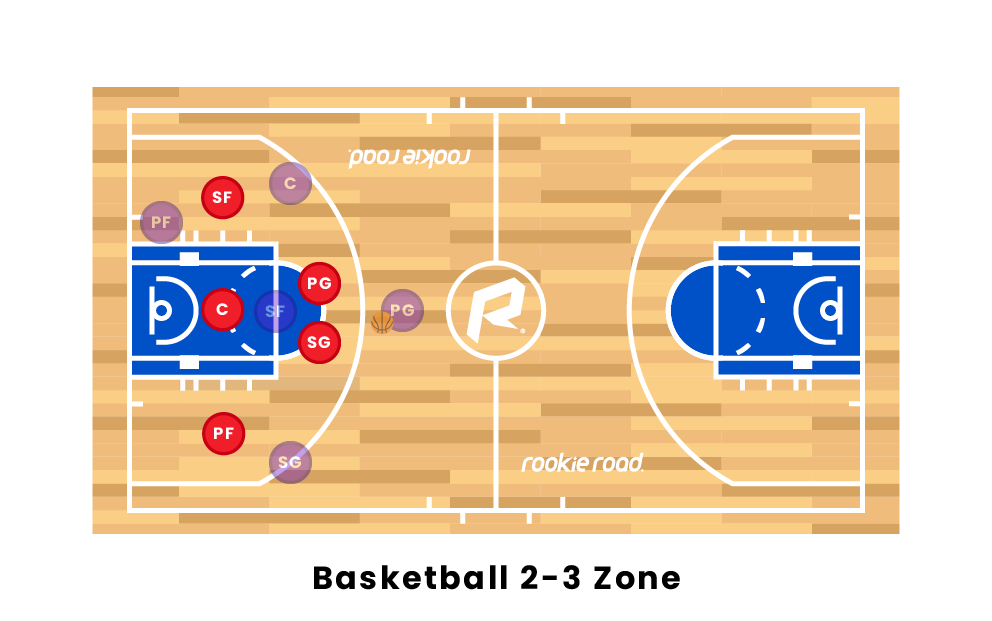 A 2-3 zone is a classic zone used by many college basketball teams. In a 2-3 zone, two defensive players are positioned near the elbows. Three defensive players are behind them, one in the paint, and one on each side of the paint. 2-3 zones are effective because they keep the dribbler out of the lane and at the critical shooting locations like the high post and low post. A good 2-3 zone will force the offense to shoot three-pointers around the perimeter when the shot clock expires. This defense is generally used against teams that are weak at shooting and play most of their game down low in the paint. Teams whose best player is their center often face a 2-3 zone.

A 3-2 zone is like a 2-3 zone but reversed with three defensive players on the three-point line and two defensive players near the paint. The 3-2 zone is less effective than a 2-3 zone at the corners and once the dribbler breaks through a gap into the lane. However, a good 3-2 zone will keep the dribbler outside of the three-point arc. Again the main goal of this defense is to take away easy baskets and make the other team take much tougher shots.

A 1-3-1 zone formation consists of three defensive players on the three-point line, one in the paint, and one near the midcourt line. 1-3-1 zone formations are great for setting traps but fail when the dribbler breaks through the paint. Teams must be very skilled defensively in order to play the 1-3-1 zone and it is not used nearly as often as the 2-3 or 3-2.