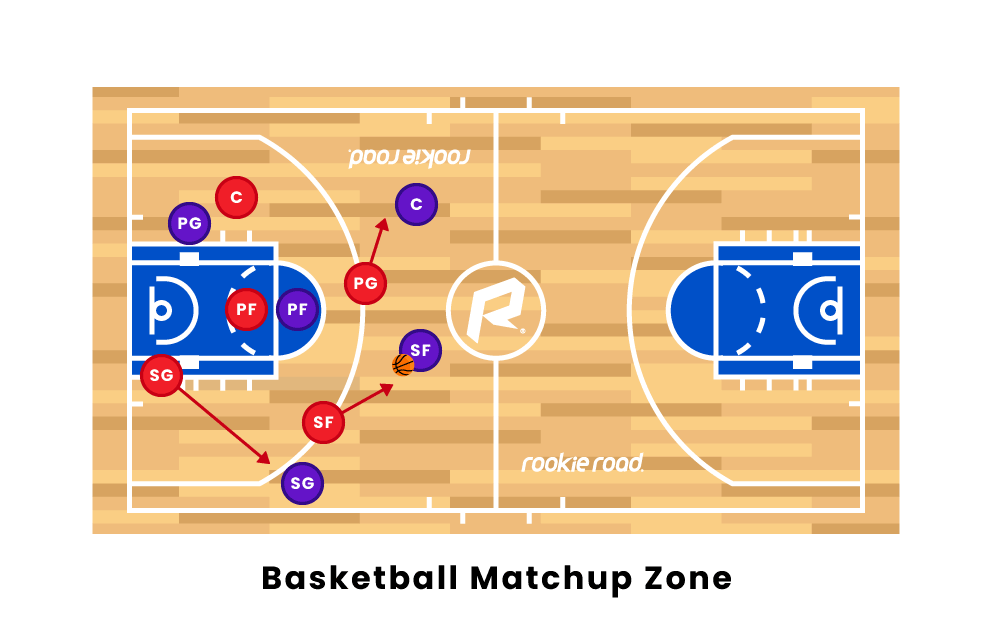 The Basics of a Matchup Zone

A matchup zone in basketball is a defensive system that combines elements of zone and man-to-man. It is a fairly common form of defense however the term itself is quite vague because of the many forms that it can take on depending on the situation. When played well, a matchup zone looks very similar to a man-to-man defense and is anchored in the tendencies of a man style of play. In general terms, a matchup zone is almost like a switching man-to-man where every man is guarded all the time it just changes by possession and situation who the defensive matchup is.

Strengths of a Matchup Zone

There are multiple different strengths that come from using a matchup zone on the defensive side. It is difficult to run plays against and practice against because every matchup zone is different and unique. It also allows the defense to have their best defenders in the spots they are most comfortable since the big men can stay around the paint while the lockdown perimeter defenders don’t have to follow their man into the paint where they may be vulnerable. It is also difficult to adjust an offense over the course of a game to beat a matchup zone because it can easily adjust back since it is so open on its alignment and personnel options.

How to Best Play Offense against a Matchup Zone

A matchup zone is difficult to prepare for as previously mentioned because of the ability to quickly adjust to the offense. This means that playing effective offense rests on the ability of the offensive players to play free flowing basketball and break down the defense in most cases on their own. Having good ball movement and moving the ball both inside and out will make the defense become reactionary and allow for the offense to impose their will in spots on the zone. By making good shots and also getting good transition opportunities an offense can be effective.