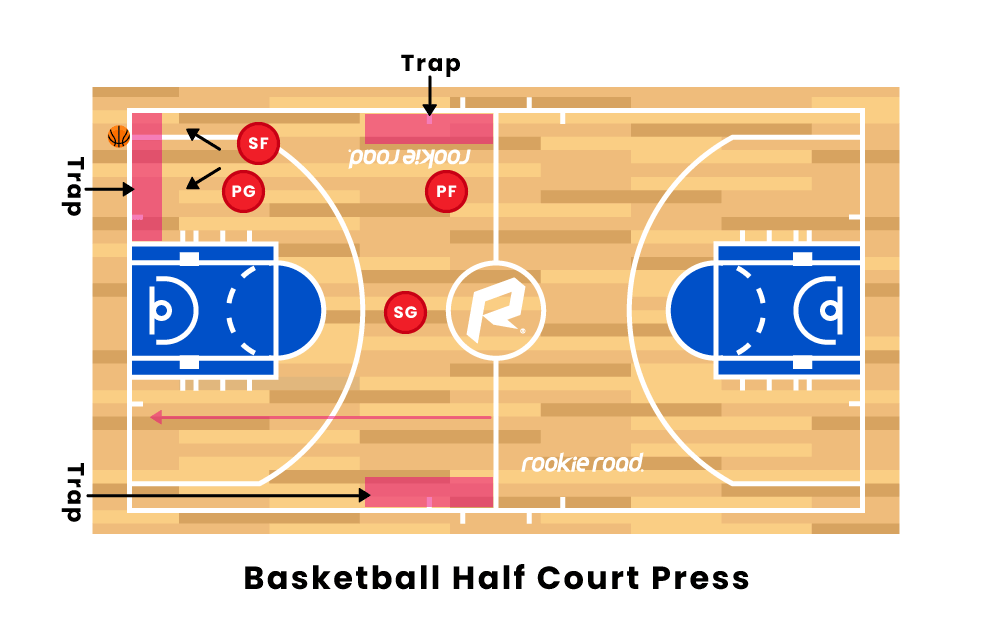 The Basics of a Half-Court Press

A half-court press is a specific type of press that can be run in a man-to-man defense or in a zone style defense too. The main goals are to speed up the opponent, trap the offensive players where possible, create as many turnovers as possible, and take time off the clock from the offense. By pressuring the offense as soon as they cross half court as this type of press implies in its name, all of these goals are being pursued. The role of each individual defender depends on whether the defense is zone or man but the main principles of the press apply no matter which is being used.

Strengths of a Half-Court Press

One of the advantages of a half-court press over a full-court press is that a backwards ball reversal isn't possible because the ball cannot cross back over half court. By pressing up once the ball crosses half court an extra defender is created behind the offensive players in the half line. This makes traps easier to obtain and by cutting down passing lanes turnovers turn into easy transition layups. A good half-court press can keep the ball to the sidelines splitting the floor in half allowing for better trapping and turnovers opportunities.

Weaknesses of a Half-Court Press

Even the best defenses have weaknesses including the half-court press. Its attempt to isolate one half of the floor at a time can be neutralized by a composed team that can move the ball around the perimeter without turning it over. No matter the athleticism of those defending, if the ball makes its way past one line of the defense it becomes very difficult to defend like a drive making it into the paint or a reversal to the opposite corner. If these shots are converted regularly, the press is unlikely to succeed. All in all, the press can be beaten but it also forces plenty of turnovers and changes the momentum of the game too.