The Basics of the Four Corners

The four corners offense became widely known by the efforts of legendary University of North Carolina coach Dean Smith and his teams during his four decades at the helm. The offense leaves two players in the corners and two players high above the three point line, roughly one player in each corner of the half court. The final player floats in the middle near the high post area moving around wherever he/she sees fit. The two main purposes of this style of offense were to give the offense the ability to take time off of the clock easily, as well as creating a lot of space to drive towards the basket and create shot attempts without the defense being able to easily clog the lane. 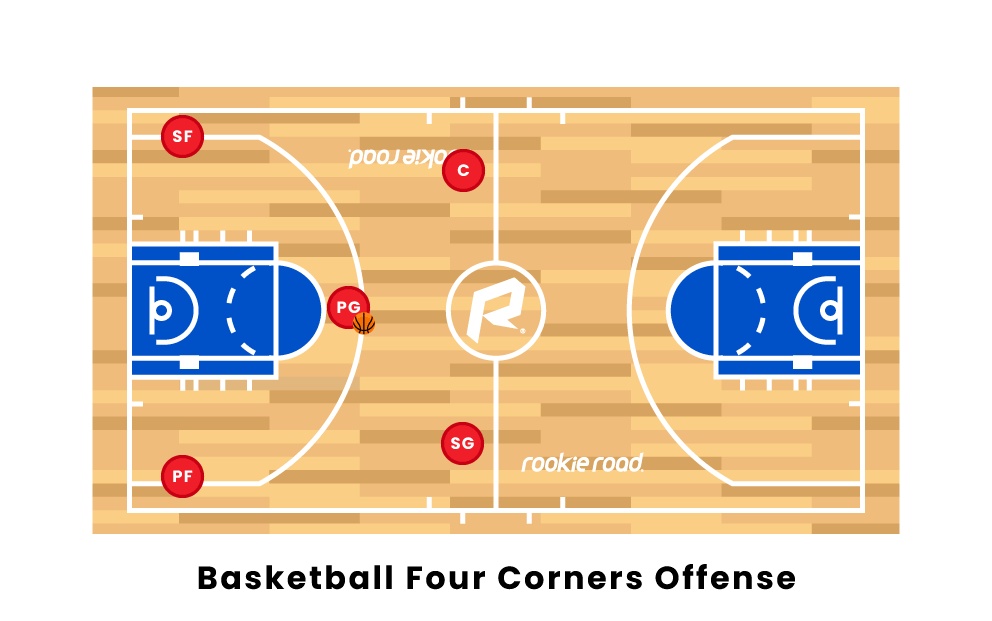 Strengths of the Four Corners

A four corners offense allows for time to be run off of the clock with good ball movement keeping the defense honest all the way around the perimeter. Besides that, if a team has a great decision making guard, this offense gives them the flexibility to play make and create good scoring chance after scoring chance because of the space on the floor that is available to attack. A good shooting team can use this offense very effectively because if one player is able to penetrate the defense has to collapse which leaves plenty of shooters ready and waiting to make good shots.

Weaknesses of the Four Corners

A four corners style of offense has some holes however. If the defense plays a strong, aggressive man-to-man that keeps playmakers in front there is little options that a four corners offense gives to break the defense down. If guards and forwards cannot penetrate the man and force rotations and the defense to collapse, then they cannot find good scoring opportunities very easily. If the opposition goes on a scoring streak on their offensive end, the four corners could end up backfiring as it can run time off the clock but if the offensive team using it goes down on the scoreboard it will be tough to climb back and it rarely can be done without changing into a faster tempo offense.