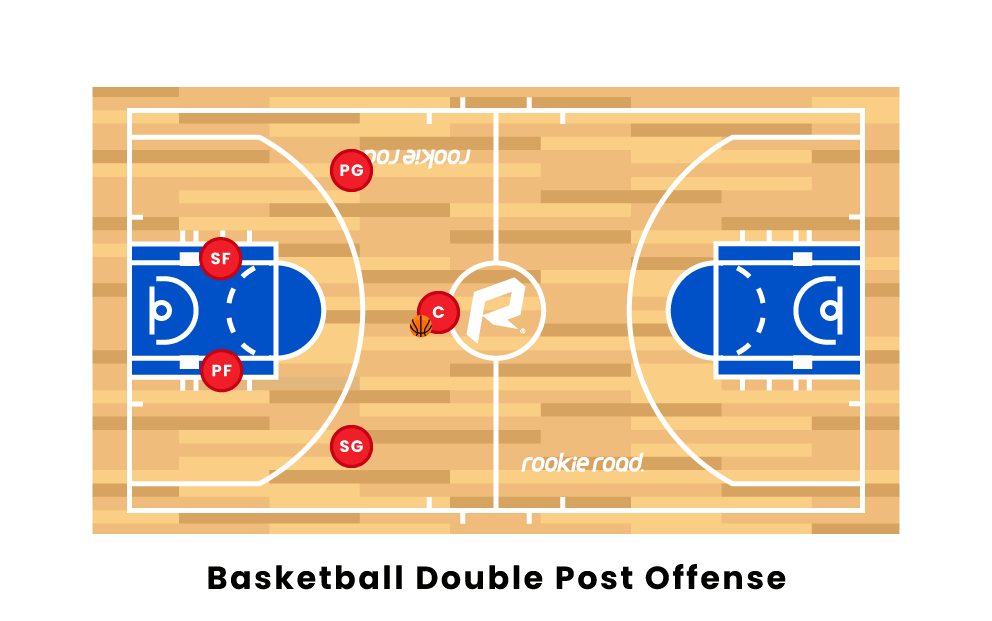 The double post is an offensive system in basketball where the coach plays two big players like centers and power forwards, players who can post up around the paint. The double post is not a play, but rather a system in which several different plays can be executed. This system is better executed when a team has two very talented and skilled "big men" who can communicate well with other players and play within that system.

The two paint players in this system will likely move a lot, setting many screens both to players with and without the ball. The big men can be positioned in many different parts of the front court, such as the low posts, the high posts, the elbows, and the top of the key. If a team has a power forward or center who can consistently shoot the three point ball, he can also stretch to the corners to shoot.