Basketball Diamond And One 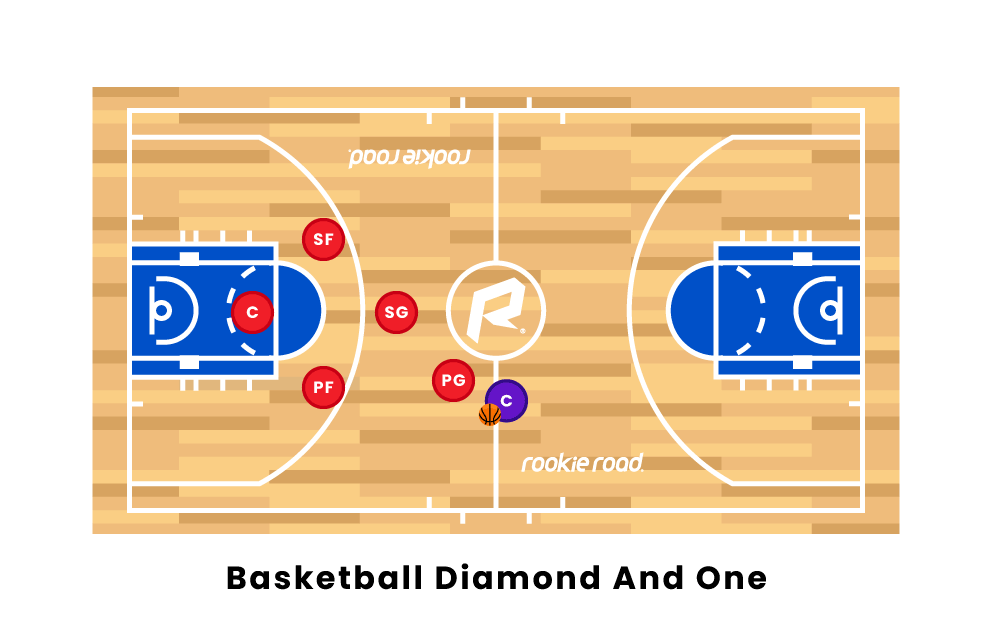 A diamond and one, also known as a box and one, is an unconventional defensive system usually used when the other team has a player that is overwhelmingly the best on their roster. The basic setup of a diamond and one usually leaves the best defender matched up one-on-one with the best offensive player and the other four playing in a loose diamond formation (1-2-1) behind him. The defender shadows the best player all over the court while the other defenders shade to him and the other players depending on where they are positioned.

Offense to Combat a Diamond and One

Defeating a team playing a diamond and one against you usually requires normal offensive gameplans to be tossed out. An efficient way to combat this “junk” defense is to place the best offensive player who has a one-on-one matchup into an area where it places multiple defenders around him, opening up the other players. For example, if the star offensive player sits at the free throw line with his man attached to him, it creates an opportunity to move the ball around the outside easily, creating good looks.

Defense to Stop the Star Player

Using a diamond and one instead of a more conventional box and one allows the defense to extend more easily to the perimeter without giving up easier interior looks as a result. The key for the defenders not playing man-to-man on the star player must always be aware of where he/she is on the floor while also keeping the other players in front too. Forcing bad shots and feeding shots to the less effective offensive players is the goal, and if a diamond and one creates this, it should bring their team to victory.

Pages Related to Basketball Diamond And One