Box And One Basketball 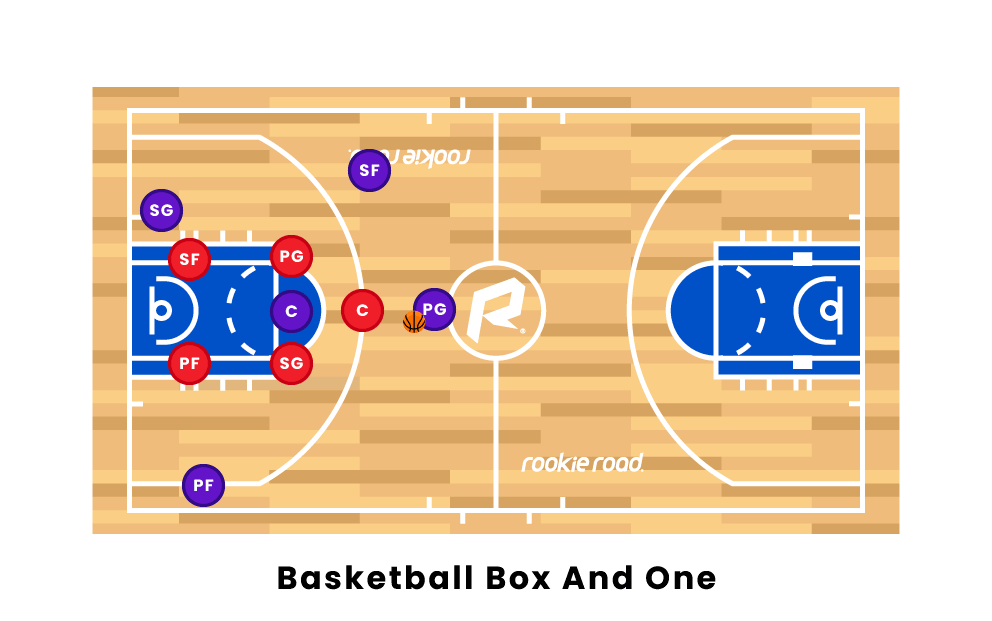 In basketball, the "box and one" is a defensive strategy that combines zone and man-to-man techniques. The box and one is used to stop an opponent who is clearly controlling the game on the offensive side, scoring at will on nearly every possession.

The box and one assigns one defender (the "one") to play man defense against this playmaker, while the four remaining defenders play a 2-2 zone defense (the "box") surrounding the key. The lone man-to-man defender (known as the "chaser") is responsible for keeping the ball out of the scorer's hands as much as possible by "denying" passing lanes and fighting through off-ball screens.

The two biggest defenders will align themselves on the block, while the remaining two defend the top of the key and wing areas. These are called the low box and high box defenders, respectively.

The box and one works great if the offense has one player who is significantly better than the rest of their team. As long as the defense has one capable primary defender, it will be difficult for a one-man offense to score on the box and one.

The box and one can be easily exploited, though, by an offense that can stretch the floor with shooters. The box is too compact to defend all sides of the three-point line, so getting the ball to open shooters is a great strategy for the offense, especially after drawing in the defense by putting a man in the center of the box.

Because the box and one is vulnerable to open shooting, it is not often used at high levels of competition. However, the Toronto Raptors famously used the box and one against Stephen Curry and the Golden State Warriors in the 2019 NBA Finals with considerable success.

Pages Related to Box And One Basketball