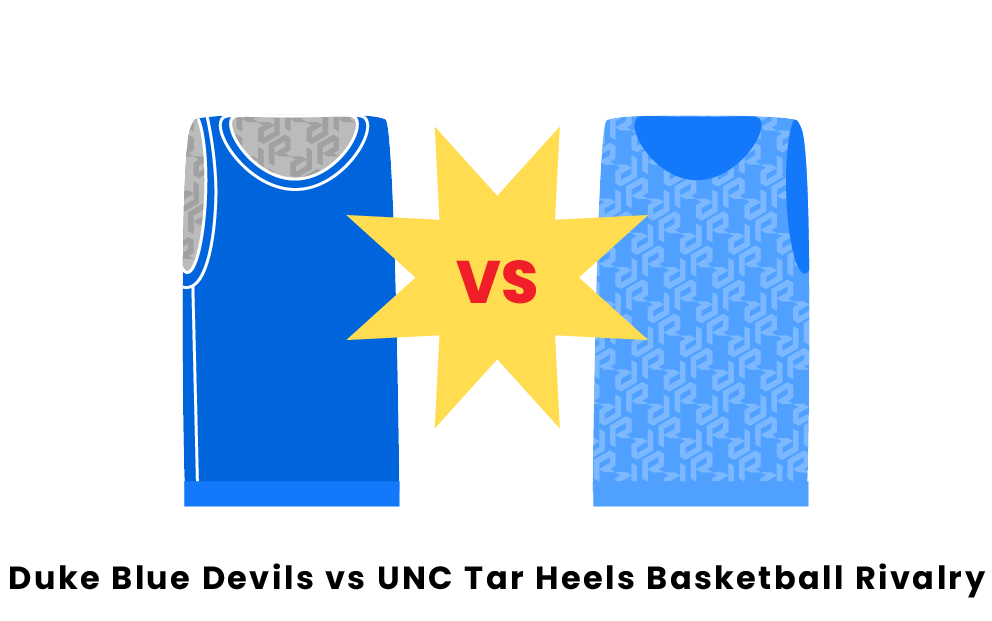 Both located in North Carolina and playing in the Atlantic Coast Conference, the Duke Blue Devils and UNC Tarheels have a long-standing rivalry that is one of the most established in college basketball history. These teams are two of the all-time greatest in college basketball and have battled each year since they first met in 1920.

The rivalry between the Duke University Blue Devils and University of North Carolina Tarheels bears a lot of intense history, and the fans of each school highly anticipate the annual battles between the two teams. Both the Blue Devils and Tarheels are frequently nationally ranked and are often contenders in the NCAA tournament, making for exciting matchups between the teams. Surprisingly, they have never played against each other in the NCAA Tournament but have each won the championship multiple times. The Duke vs. UNC rivalry began soon after basketball was introduced at the two schools since they are located only eight miles from each other. The Duke Blue Devils play at the Cameron Indoor Stadium in Durham, and the UNC Tarheels play at the Dean E. Smith Center in Chapel Hill.

The rivalry began to heat up in 1960 when UNC player Larry Brown and Duke player Art Heyman were suspended from playing after engaging in an argument in the middle of the Dixie Classic final. Since then, Duke’s long-standing head coach, Mike Krzyzewski, has faced UNC coaches Dean Smith, Bill Guthridge, Matt Doherty, and Roy Williams in numerous close battles over the years. Since Roy Williams was named the UNC coach in 2003, the longest winning streak either team has had is four games, which Duke held between 2014 and 2016.

Why are Duke and UNC rivals?

Duke and UNC are rivals for a few reasons. The two universities are located very close to each other in Durham and Chapel Hill, North Carolina. Both programs have also been extremely strong and competitive over the years and are both in the Atlantic Coast Conference. Duke Coach Mike Krzyzewski has previously said in an interview, “Whatever thing you want to check, whatever you need to have it be a great rivalry, Duke and Carolina check all the boxes”.

When did the rivalry between Duke and UNC start?

The first-ever game played between the Duke Blue Devils and UNC Tarheels was on January 24th, 1920, which UNC won. Though competitive from the beginning, an important moment that augmented the rivalry was in 1959 when UNC commit Art Heyman de-committed and chose to attend Duke. This resulted in multiple brawls between Art Heyman and UNC players over the years. The rivalry has continued to grow in intensity between the teams, as well as excitement from the fans. In March 2017, the Duke vs UNC game was the most-watched regular-season college basketball game in the previous two seasons, with 4,164,000 viewers on ESPN.

When did Duke and UNC join the ACC?

Both Duke University and the University of North Carolina are original members of the Atlantic Coast Conference. The ACC was formed on June 14, 1953. Duke and UNC make up two of the seven original ACC teams, which include Clemson, Maryland, NC State, South Carolina, and Wake Forest. All seven of these teams had previously been a part of the Southern Conference but left to create their own.