In basketball a mirror drill is one that involves at least two players, in which one of the players mimic the movements of the teammate. There are many different types of mirror drills that involve a different number of players, however the most popular and easy one to do is the defensive mirror drill.

The details and execution of a defensive mirror drill can change depending on the coach's preference and needs, but the goal is basically the same: to improve defensive slides, lateral quickness, and reaction to movement. In this drill, there will always be a leader and a follower or followers. The leader will move laterally, and can either move forward or backwards. The followers must stay in a defensive stance and mirrors the leader's movements, similar to a defender reacting to a ball handler's actions. The drill is very customizable, and coaches can add little personal touches like push ups, or shot contesting movements, and for this reason it is very used by basketball coaches. 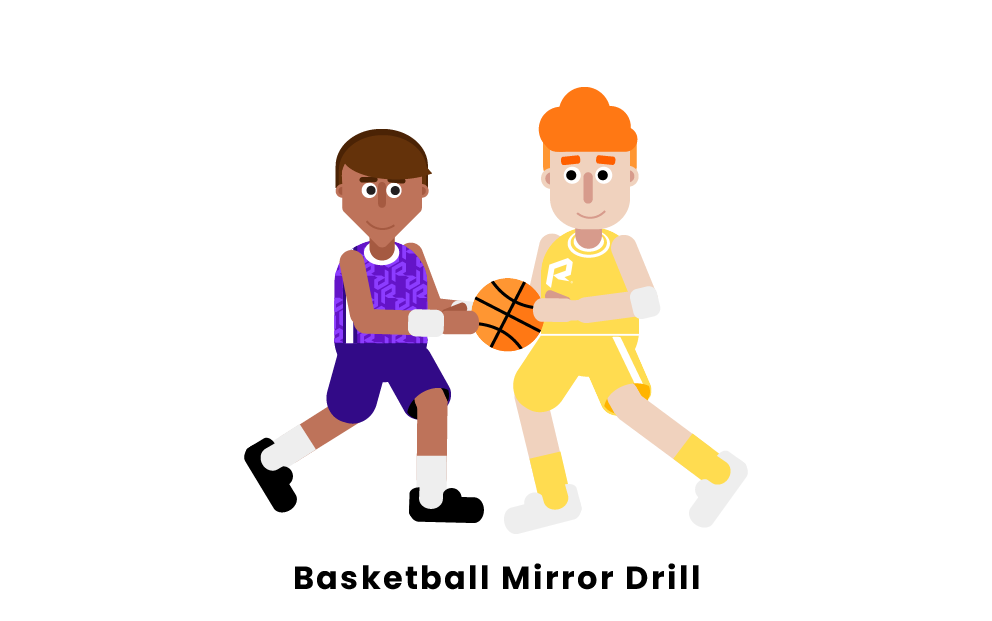