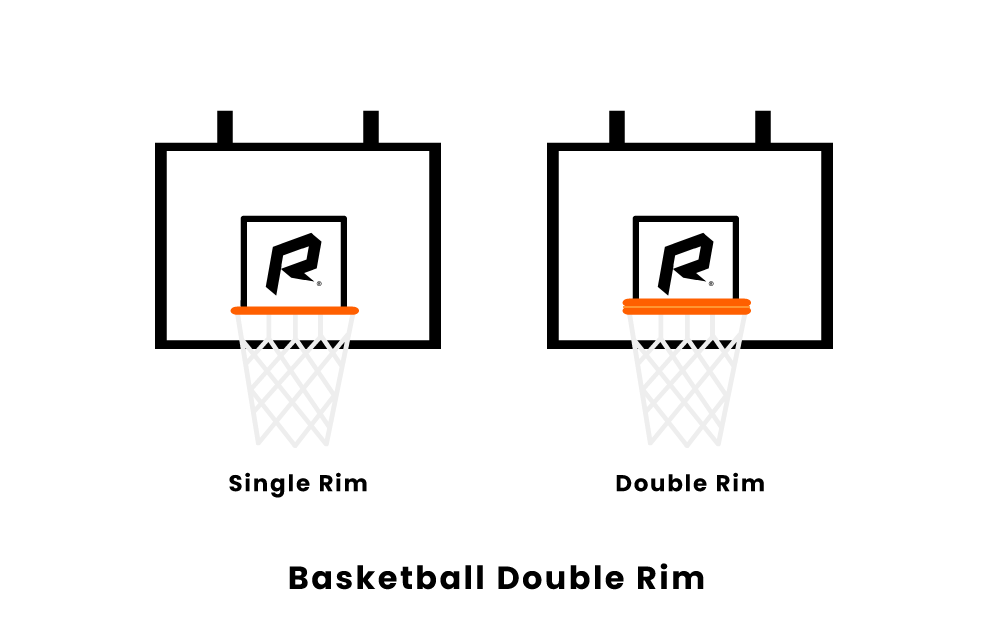 What is a Double Rim?

A double rim is a type of rim, aside from the usual single rim, used on many basketball hoops. The double rim is thicker and slightly taller than the single rim, approximately double its thickness. It appears as though two single rims were stacked on top of one another, thus, making a double rim. Double rims are mainly found on outdoor basketball courts.

Training on a Double Rim

Double rims have a reputation for making shooting much more difficult because the ball will hit the rim and bounce off differently than on the usual single rim. Shooters must apply a gentle touch when shooting on double rims, and aiming to swish the ball is their best bet. While most people find this frustrating, double rims can be very beneficial in developing a smooth jump shot.

When to use a Double Rim

When deciding to play basketball on a double rim, you should consider the following factors:

Shooting on a Double Rim

Layups are the simplest shot in the sport of basketball; while they are usually an easy shot, double rims can even make layups a more difficult task. Layups on double rims require a soft touch and careful placement. When shooting jump shots on a double rim, it can be frustrating for some players because the shots they would normally make might miss on double rims. Players who often rely on the bounce for some of their shots to go in will not get the same bounces on a double rim. The ball will often bounce right off of double rims and have almost no chance of rolling in.