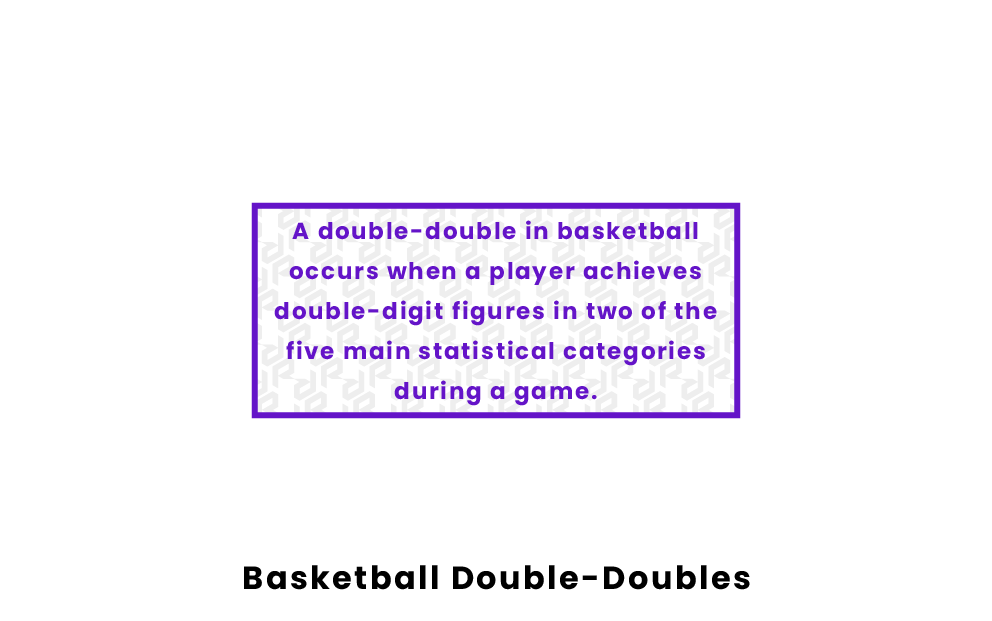 What is a Double-Double in Basketball?

A double-double in basketball occurs when a player achieves double-digit figures in two of the five main statistical categories during a game. Recording a double-double is an impressive feat, and the very best players do it on a daily basis.

The five statistical categories that can be included in a double-double are listed below:

A player that manages to post 10 or more of two out of the five categories listed above during the course of a game has achieved a double-double.

There are several different types of double-doubles, and some occur more often than others. It is more common for a player to achieve 10+ points, rebounds, or assists than it is for a player to compile double-digit blocks or steals. For example, a relatively normal double-double would look something like 10 points and 10 rebounds, while a 10 point and 10 steal game is considered a rare feat.

In basketball, there are 5 major stat categories: points, assists, rebounds, steals, and blocks. A triple double is when a player achieves double digits in 3 of these categories during a game. The triple refers to the 3 categories and the double refers to double digits. Players who achieve triple doubles are usually very versatile, as they can have a huge impact on many aspects of the game.

A quintuple double in basketball is when a player gets 10 or more stats in every basketball category: points, rebounds, assists, steals, and blocks.