Does Height Matter In Basketball? 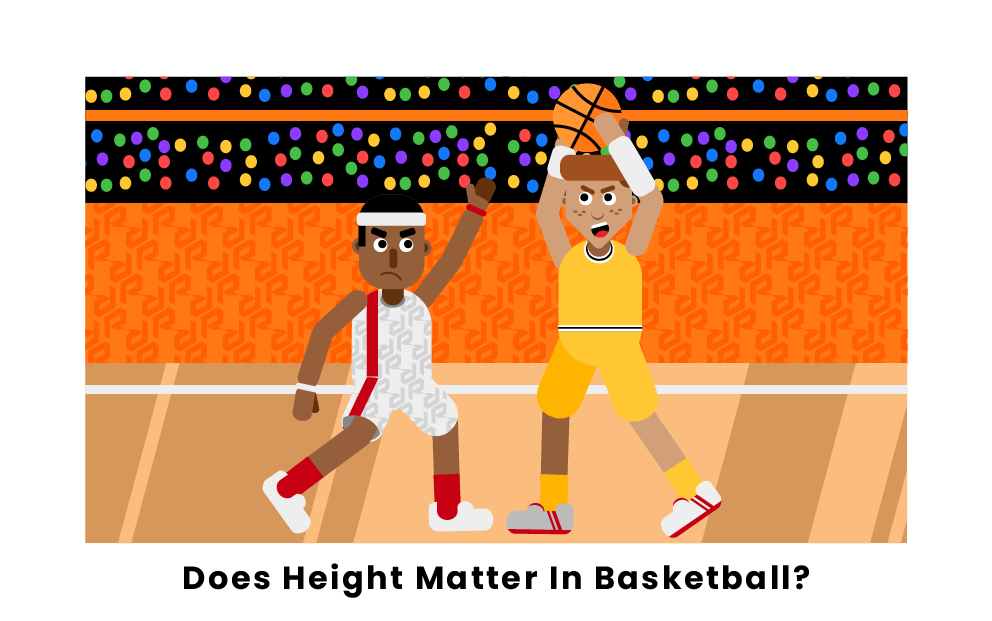 Height is one of the most common attributes of a modern-day basketball player. For many, it's a given that height is indicative of basketball success, but is this true? There have been many examples of shorter players finding success at the professional level, and this article will answer if height matters in basketball.

When most people think of a basketball player, they think of height, and players such as Yao Ming, Shaquille O’Neal, and Wilt Chamberlain come to mind. Those players had immense success and popularity in the NBA; together, they had 12 MVPs, 6 NBA Championships, and 36 All-Star Game appearances, and they all also stood over seven feet tall. In a game where the goal is to put a ball into a hoop that stands 10 feet off the ground, height would be an immediate advantage, and these players support that argument. Yet it is vital to remember that not all of their success was due to their immense size, and they were also incredibly skilled players. In fact, these 7-foot stars are more often than not the outliers in terms of typical performances.

There are many examples of tall players not doing well on a professional level, and countless times, we have seen careers cut short by the drawback of being so large. When the body has to support so much mass, the likelihood of injuries skyrockets and players suffer from shorter careers and less playing time due to the effort needed to move such enormous bodies. Gheorghe Mureșan missed two NBA seasons due to foot injuries and was forced to retire early, and Rik Smits, at seven feet and four inches, suffered nerve damage in his foot which ended his career prematurely. These players serve as cautionary tales of the drawbacks of being too tall.

The three tallest players in NBA history have not found much success at the professional level and seem to support the idea that while height is essential, there can be too much of a good thing. This is especially seen when looking at Gheorghe Mureșan (7’7”), Manute Bol (7’7”), and Tacko Fall (7’6”), the three tallest players in NBA history. Together, they only have a total of 692 games played and only averaged 4.86 PPG, which is a far cry from the dominance one would expect from people gifted with such height.

While height may help, there are more than enough examples of shorter basketball players finding success in the NBA. Players such as Allen Iverson, Nate Robinson, and Isaiah Thomas were all six feet or shorter and still found success for many years at the professional level. Their diminished size may hurt them on the defensive end, where larger guards may overpower them. Still, their increased speed, quickness, and ballhandling allow these shorter players to perform astonishing moves.

Many shorter players tend to be quite deceiving regarding other benefits their height provides to aspects of their game besides offense. Their athleticism can sometimes be shocking; one of the best examples of this is Spud Webb, who stands at 5’6” and is the shortest slam dunk champion in NBA history. His showing at the 1986 NBA Slam Dunk Contest, where he completed a 360-degree, one-handed tomahawk slam dunk during his fantastic performance, stunned the judges and the competition. Other athletes such as Nate Robinson, who stood at only 5’9”, were known for his leaping ability, mainly due to his 43.5-inch vertical.

When looking at the shortest players in NBA History, there is an interesting trend. Muggsy Bogues (5’3”), Earl Boykins (5’5”), and Spud Webb (5’7”) are three of the four shortest players ever to play professionally; combined, they played 2,355 NBA games and averaged 8.83 PPG between them. This is interesting because it is not only more PPG than the three tallest NBA players averaged but a significantly higher number of games played, supporting the theory that height may hinder a player more than help them in the long run.

Now that the case has been made both for and against height, what is the answer? Does height matter in basketball? Height can undoubtedly benefit the player in some aspects, but being too tall can cut a player’s career short compared to that of a smaller player. Considering that the average height of an NBA player is 6’7” and the average height of a man in the United States is 5’9”, it is clear that taller players are more likely to reach the professional level. However, having too much height can also lead to drawbacks. Therefore, height can benefit basketball players to a certain extent, but being the tallest player on the court will not translate to being the best.

One of the most unlikely pairings happened in the NBA. During the Washington Bullets' 1987-88 season, they had the tallest and shortest player in the NBA on their roster as teammates. Manute Bol, who at seven foot seven inches tall, towered over his then-teammate, Muggsy Bogues, who was only five foot three inches tall.

Pages Related to Does Height Matter In Basketball?