A V-Cut is a common type of cut in basketball. The action itself is pretty simple with a player starting on the perimeter, then moving towards and into his/her defender before releasing back out to the perimeter to receive a pass after freeing themselves up through the cut. It can be performed in two variations: a more shallow cut not reaching the paint or a deeper cut where the offensive player takes their defender down towards the low block before making the cut back out to the perimeter. 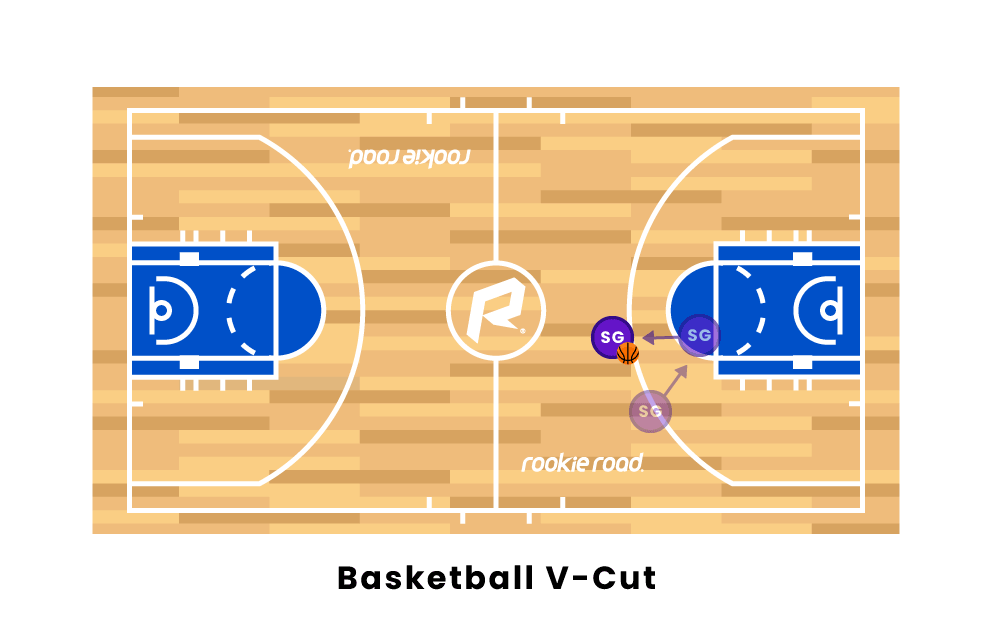 After the player makes a good cut freeing up some space, they are left with a few different offensive choices. The V-Cut will usually leave enough space for a good perimeter shot directly after catching the pass and is its main offensive purpose besides just receiving the pass more easily. If the shot is taken away, then the offensive player can look to drive past their recovering defender creating a good scoring opportunity for either themselves or another player left open by a defensive rotation.

The defensive player has to first recover and close out forcing the offensive player who received the ball after the V-Cut to not shoot. Once the first shot is stopped the defender must make sure they maintain good defensive position and don't allow for an easy drive to the rim. If they are able to contest the shot and stay in front of the drive, defenders are able to neutralize the V-Cut as best they can without taking it away from the offense.