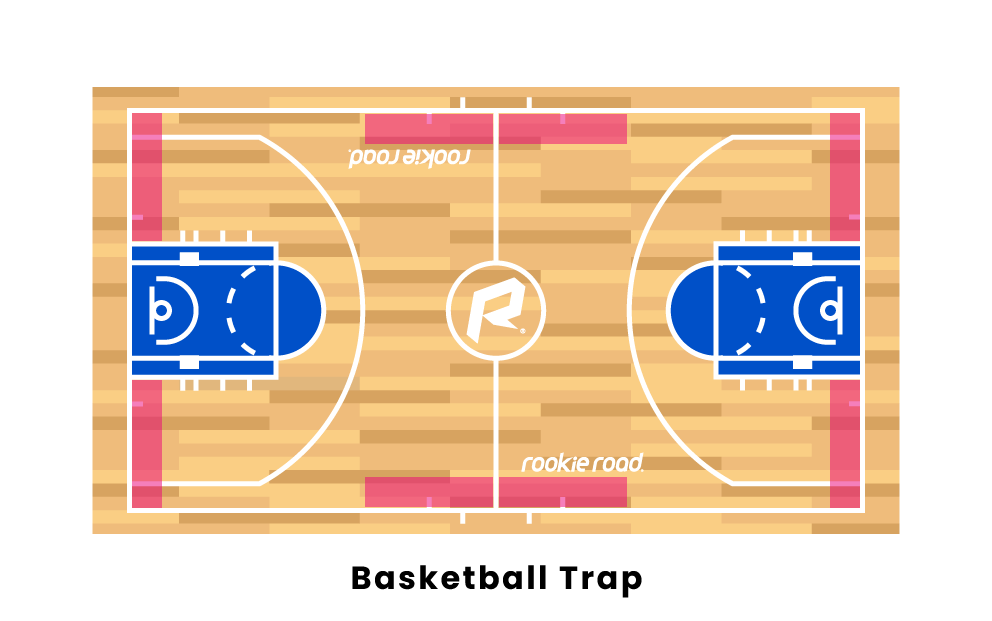 A trap in basketball is a defensive strategy used to force a turnover by surrounding the ball-handler at a specific location on the court making it difficult for him to escape, a true trap. On a trap, two or more defensive players will surround the ball-handler and wave their arms in the air to prevent any escape or pass attempt.

The goal of any trap is to force a turnover.

Traps are usually placed near the boundary lines because they don't give the dribbler a lot of room to move without the possibility of stepping out of bounds. Here are the main spots on the court to set a trap: 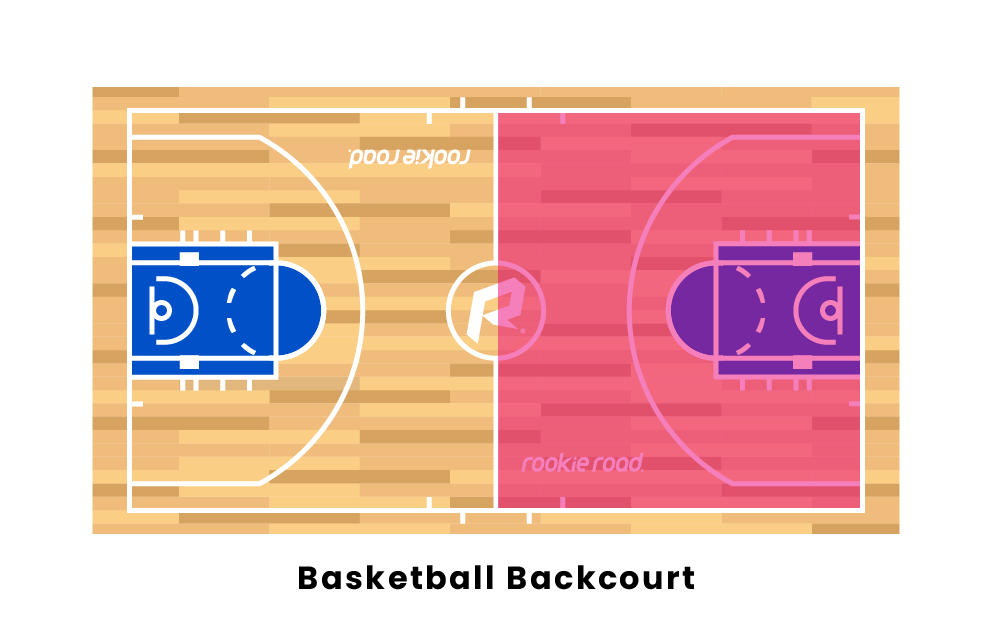 Traps in the backcourt are more efficient if done in the baseline corner, known as a coffin trap, and near the midcourt line, close to the sidelines. Setting a baseline trap in the corners is effective because you are trapping the ball-handler in between the sidelines and baselines, making the chances of the player stepping out of bounds very high. Baseline traps are executed right after the ball is passed inbounds by the offense. Being trapped in the backcourt is terrible for the offense, and a great strategy for the defense. Since players only have 8 seconds to travel through the backcourt into the frontcourt, a trap in the backcourt makes the chances of an 8-second violation being called, and a turnover being committed, high.

Backcourt traps are usually done by defenses that like to press, that is, to defend and pressure the offense starting on the frontcourt. Press defenses wear out players more quickly, but they provide more trapping opportunities and consequently more turnovers.

Cons Of Traps In Basketball

Since trapping often requires two or more players to surround the dribbler it leaves an extra offensive player open on the court. If the dribbler breaks through the trap or makes a pass to a teammate, the offense will have an easier time scoring. Players will also have to run more and will consequently get tired faster when trapping is used extensively in a game. All that makes it really important that traps are trained repeatedly in practice. Player must know when to trap, who to trap, and where to trap, otherwise the defense will get exposed. It is also really important for coaches to know when to instruct their players to trap and at what moments of the game.

Pros Of Traps In Basketball

There are lots of pros to utilizing traps in a basketball game. That doesn't mean that traps should be used all game and every game, different moments of a game require different strategies depending on a team's needs at the time. Traps are a great way to force a turnover, which may be useful in a situation where the team needs to recover the ball quickly. A successful trap might also leave the opponent insecure and off-balance when inbounding the ball. Also, trapping is great to be used in full-court or half-court press defenses.

How To Trap In Basketball

When designing your trap follow these steps to be effective.

How To Escape A Basketball Trap

Escaping a trap is not easy. If you find yourself in a trap, you can try and escape by following these key tips: