A starting lineup in basketball, otherwise known as the "starting five," is a group of five players that a coach sends onto the court to begin a game. While different coaches employ different strategies on a game-to-game basis, most coaches appoint their team's five best players to the starting lineup in order to get off to a strong start. 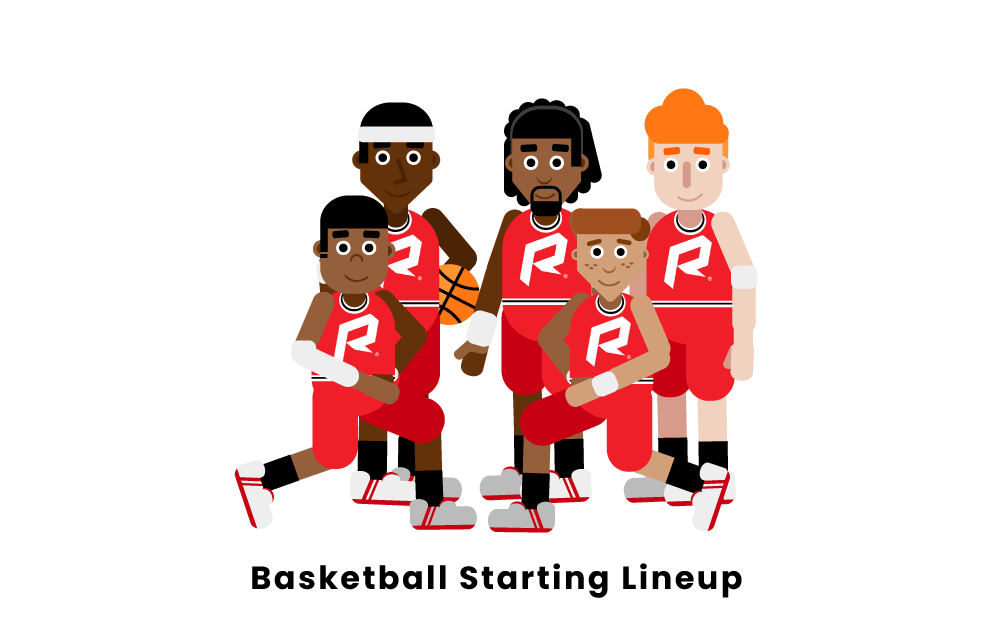 While there are certainly exceptions and different schools of thought, most starting lineups consist of one player at each of the five different positions in basketball…

Each position is associated with players that have certain skill sets and physical attributes. For example, point guards are usually shorter players with exceptional quickness and ball handling skills, whereas centers are tall players that are best suited for scoring near the basket. Keeping the traditional positions in mind when setting a starting lineup helps to ensure a diverse group of players that together encompass all of the abilities required to succeed in the game of basketball.

The number of minutes each player spends on the court participating in the action as opposed to watching from the bench area is known as "playing time." Generally speaking, players in the starting lineup log the most playing time each game. Aside from being on the court for the start of the game, coaches often differ to their starting lineups in close games with little time left on the clock, as they represent the team's best chance of securing a win.