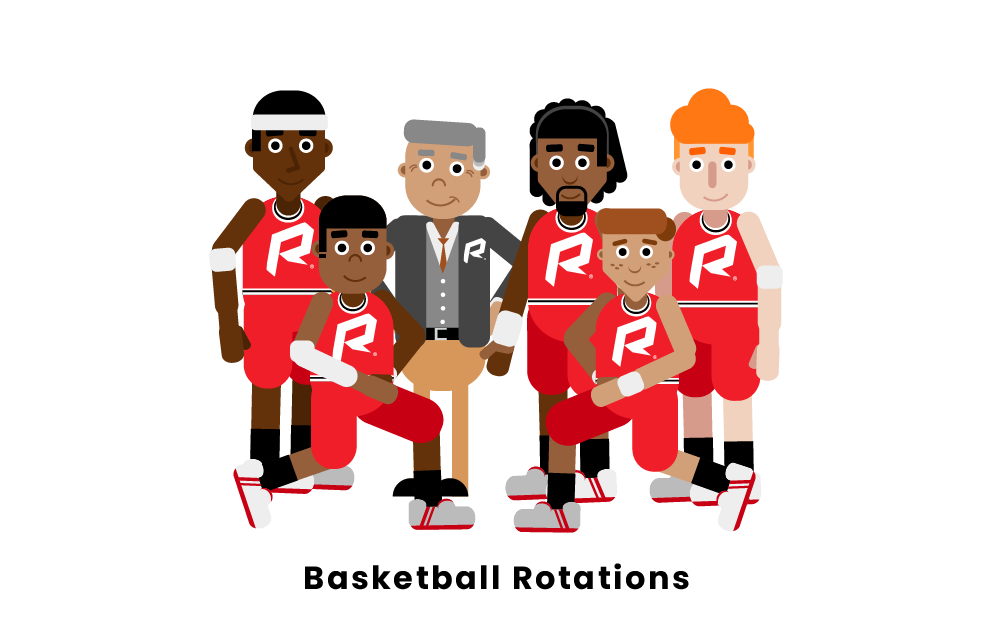 Rotations are an important strategic tool that basketball coaches use to manage substitutions throughout the game. A rotation provides a plan for bringing players in and out of the game. Keep reading to learn how rotations work and how to use them to your advantage as a coach. 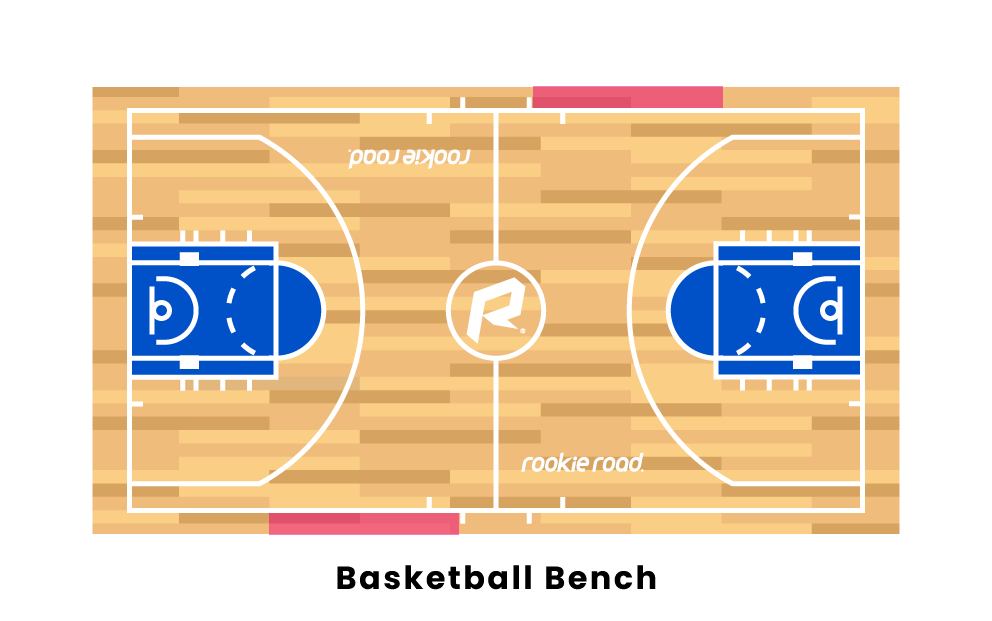 A rotation is a pre-planned group of players that are substituted from the bench to the floor. Rotations are used by coaches to maximize player performance and each player's playing time in a game. Players that are overworked or tired can provide less effective performances, and resting players is the most effective way to keep a team’s performance effective.

The ball is dead when the officials blow their whistle to stop play. Timeouts, fouls, violations, and injuries all result in dead balls. Basketball rules allow coaches to make unlimited substitutions when the ball is dead, which allows teams to get creative with their rotation strategies. As a result, coaches can plan on when they’re going to make substitutions throughout a game, or they can improvise these decisions based on play throughout the game.

Basketball coaches often have a rotation strategy for their players, especially at the collegiate level of basketball. Some leagues may even require rotations to give players equal playing time. In both college basketball and the NBA, coaches can typically have their players in for most of the game, but that may not be the best decision for the health of the player and the long-term success of the team.

Coaches should consider the following when crafting their basketball team's rotation strategy:

One of the key facets of the rotation strategy is to consider the team’s schedule. One must consider the strength of the opponent, league, or conference and also factor in travel time that will negatively affect each player's overall performance. Coaches may want to rest their best players more than usual against a lesser opponent so that they are ready for tougher, for example.

Players need to learn to play with each other and understand the chemistry between each other but also the entire team. The chemistry between players on the court can provide an extreme advantage, as players can play better on both sides of the ball as a result. Unique combination of player skills can also catch the opposing team off guard.

A team’s depth of bench describes how strong their players are across the entire roster and how easily their top players can be substituted without sacrificing quality. A deep bench is an advantage because this means a team can compete at a high level throughout the game, whereas other teams who are not as deep on the bench cannot.

Coaches should also craft their rotation strategy around their opponent by choosing to put their top players in at optimal times throughout the game. In order to do so, coaches need to read the defense and understand if they are playing zone or man to man. A coach needs to match up their players with opposing players based on strengths and weaknesses while on defense as well as offense.

Players need to stay fresh and not get fatigued in order to compete for the full length of a game. It is not uncommon for the best players on a team to play most of the game. Sometimes players on the bench can be a better matchup for a player than one of the starters as well.

It is important for coaches to keep an eye on their player's mental and physical health. Having your players play through the pain may work in the short term, but it is not a great strategy if an injury can get worse by playing. Health can be the strength or weakness of a basketball team.

What is a rotation in basketball?

In basketball, a rotation is a planned sequence of substitutions designed to optimize matchups and regulate playing time. Coaches use rotations to rest their players, keeping them from getting overly fatigued. Players will also be rotated in from the bench to achieve a desired matchup against an opposing bench player that comes on the court.

What is a rotation strategy in basketball?

In basketball, a rotation strategy is when a coach plans their rotation schedule around the strengths of their own team as well as their current opponent. By doing so, a basketball coach can focus on the health and endurance of their players and optimize the times in which they are put into the game. Rotation strategies can be fully pre-planned or improvised as the game progresses.