The Basics of the Rear Cut

The Rear cut, sometimes known as the Backdoor cut, uses the eagerness of the defense against them turning a good defensive action into an easy offensive opportunity. When a pass is made the defense will jump to the ball when practicing good defensive technique. An offense can counteract that by making a rear cut while the defense jumps to the ball sliding behind them and into a position where an easy basket can be scored. 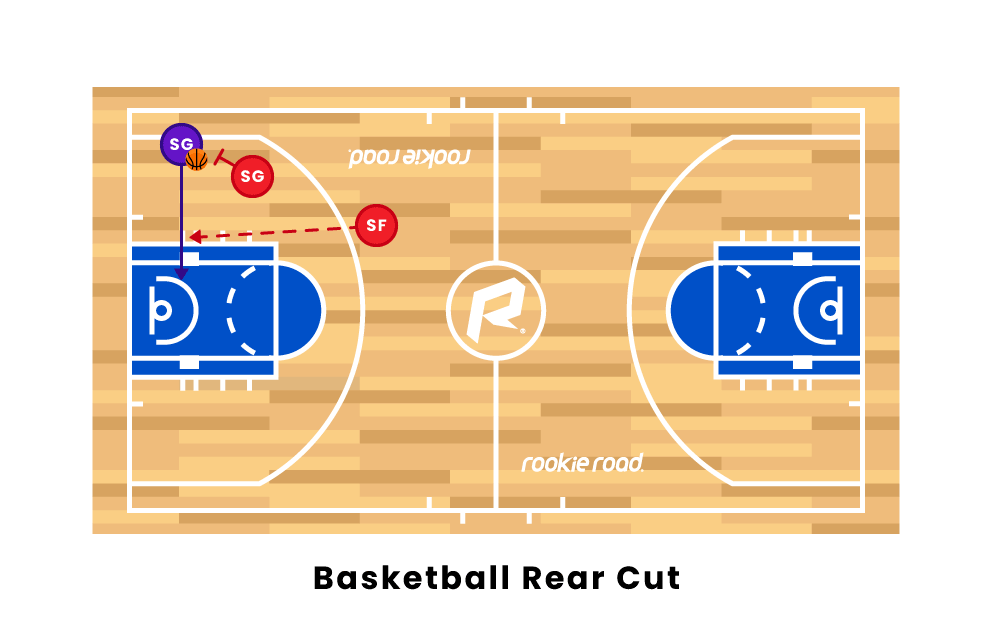 The rear cut itself allows for two main offensive options that are quite simple for the player who receives the pass. They catch the pass moving towards the basket leaving their best offensive opportunity to be a drive to the rim for a basket by themselves or if a rotation stops them, they can drop the ball off to the now open offensive player for a shot wherever that might be. The cut allows for one of the simplest choices and most times an easy offensive bucket.

The defense is left severely out of position by the rear cut so their only real option is to rotate to stop the driving offensive player who just made the cut. The original defender of this offensive player must fall back to the paint to cut down passing lanes and get in front of the now open offensive player left by the rotation. If he is unable to get back then the offense can use this cut to get easy points all game until the defense can adjust or stop being as aggressive on the perimeter.