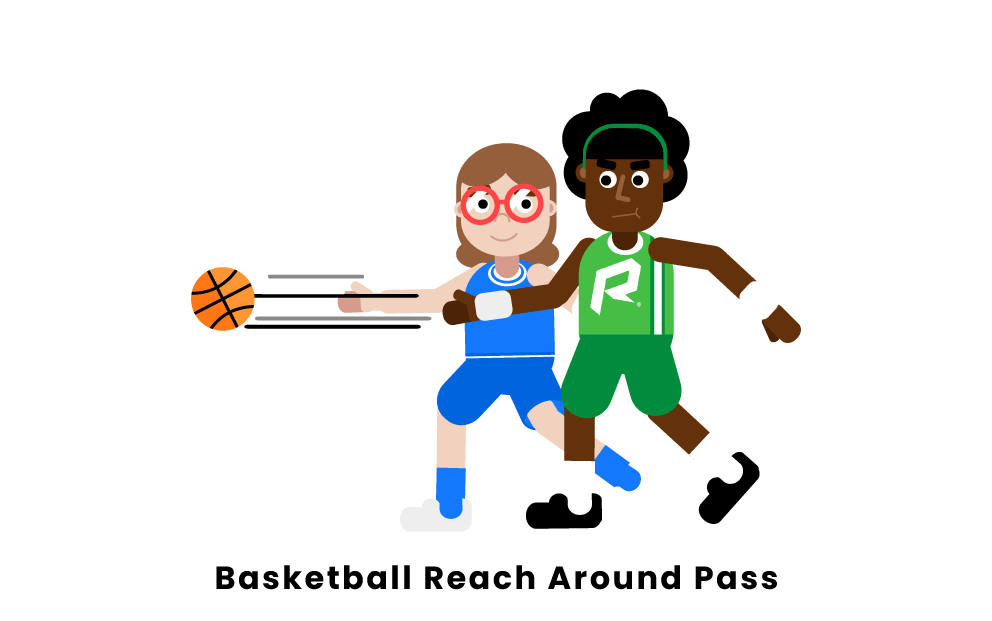 A reach around pass (also known as wrap around pass) in basketball is when a player passes the ball around a defender in order to get it to a teammate. This can be accomplished either through the air or with a bounce pass.

Bounce passes allow the offensive player to take advantage of passing lanes that are in most cases left undefended. It is hard for a defender to get down to the floor to block the pass. With that being said, that makes them perfect for reach around passes. When it is needed to get the ball around the defender and offensive player can bounce the ball underneath the arms of the defender.

The air pass is the more difficult of the two and requires pin point accuracy as well as extreme hand eye coordination. The bounce pass is the easier of the two because in most cases it is done with two hands on the ball. When the air pass is attempted the offensive player is slinging the ball as if they were a side arm pitcher in baseball.

If a taller defender is guarding an offensive player who has picked up their dribble the pass becomes the most useful. The ball handler is unable to dribble and is facing pressure from the defender, which combined limit the passing lanes of the player. To combat that, the offensive player can pivot and reach around the defender with their arms outstretched to find a new passing lane.

While similar in name, the reach around steal is the complete opposite of the reach around pass. It refers to an action of the defense to poke the ball away from the offensive ball handler. 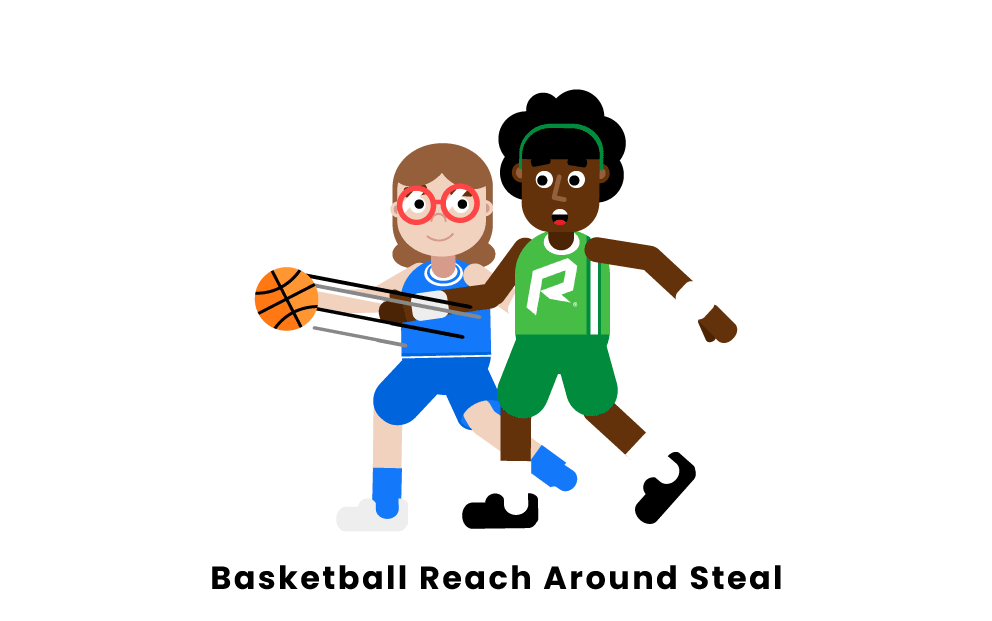 One factor that defenders must be weary of when attempting the reach around steal is that they might be called for a reach in foul. If they make contact with the offensive player that is enough to alter the play then there will be a whistle blown. That will negate the potential steal as well as possibly send the offense to the free throw line.