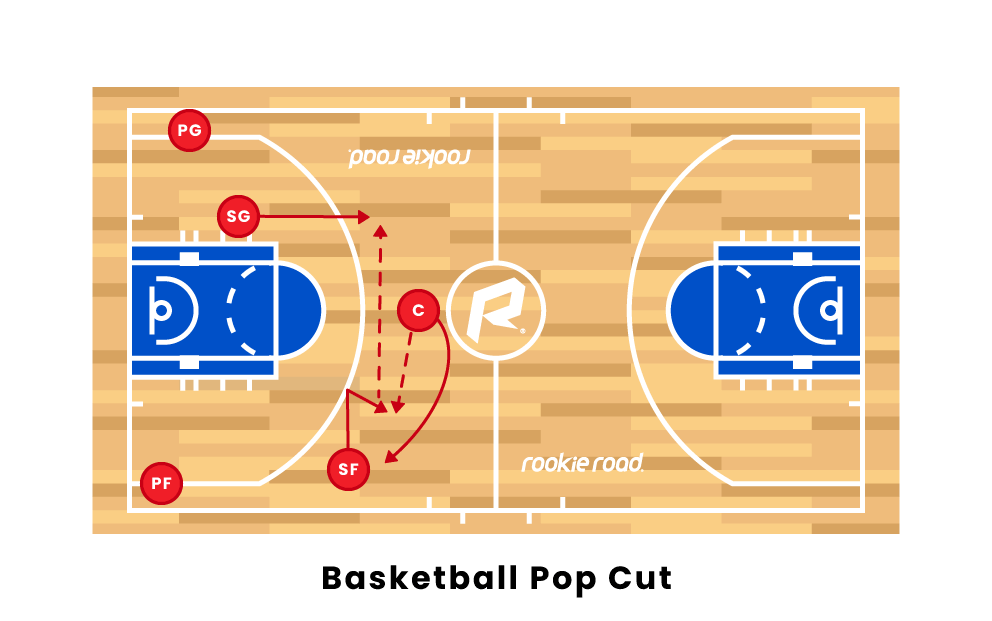 A pop cut is a fairly simple read and react offensive concept that can be paired well with the rear cut. If a player’s primary defender overplays the passing lane, the offensive player can rear cut to the rim for a pass and easy bucket. However, if the defender sags off they can instead pop cut back to the perimeter for an easy shooting opportunity with space.

After having read the situation and made the proper pop cut or pop out to receive the pass, the offensive player should look to shoot the basketball from the perimeter as it is a great offensive look. If they are not a good perimeter shooter or the defense recovers to take it away, the offensive player can either reverse the ball back around the perimeter or try and drive to the rim creating another good scoring opportunity for either themselves or other teammates.

The defense was sagging off to begin the play which is what caused the pop cut so they must now either recover to contest the shot or stay off the player if the scouting report shows they aren’t a great shooter. Either way they must stay in front of the offensive player preventing any drive or rising up to contest any perimeter shot no matter their scouted ability. Forcing a contested look or turnover off of a bad pass is the ideal outcome of the defense in this situation.