Basketball Pass And Screen Away

The Basics of Passing and Screening Away

Passing and screening away is a simple offensive action used widely across basketball. The ball handler first passes the ball to another player somewhere on the perimeter and right after making the pass, he/she goes to a different offensive player and sets an off-ball screen. This could mean a screen for another guard on the opposite side of the floor or a down screen for a post player to flash up to receive the next pass too. This simple move creates multiple offensive options. 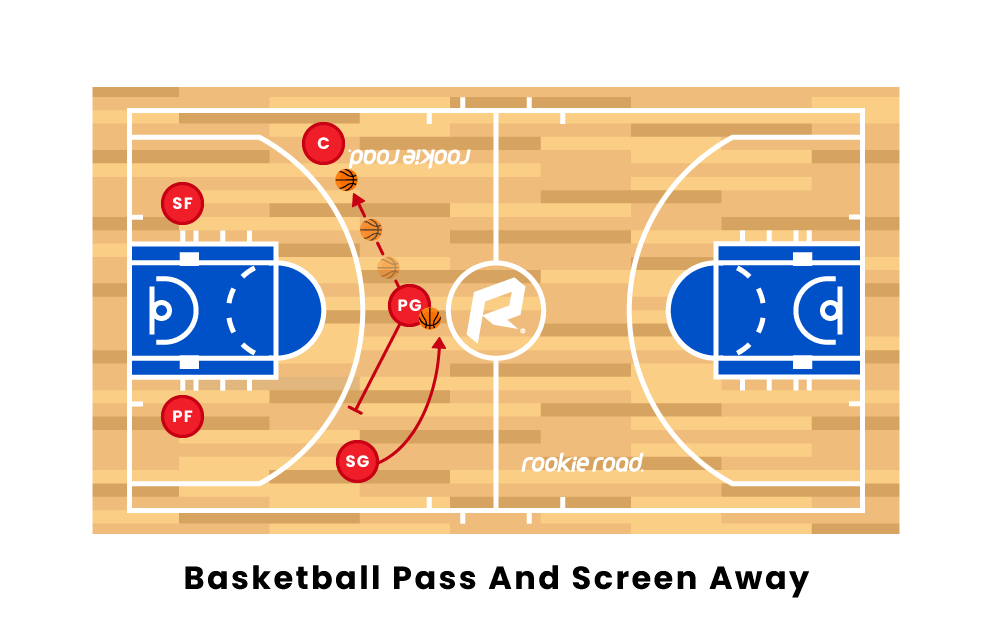 Once the first pass is made and the screen is set a multitude of things could happen leading a score, the great part of the pass and screen away concept. The ball handler could pass to the player receiving a screen for an open perimeter shot, they could drive and kick to the original ball handler who now is elsewhere on the court, or the ball could be reversed into the post where a shot or pass out could occur. All would be good options and remain good options as long as motion continues to occur within the offense.

To defend against the motion created by a pass and screen away, a defense as a whole must maintain its basic principles: stay compact and contest shots. It is difficult to prevent screens so a defense must react well to them after the fact and stay in front while contesting. Most teams run motion offenses and pass and screen away more against man defenses so switching could help if possible without creating too many mismatches.