Basketball as a sport flows constantly. The ball is always moving and each possession is followed by another possession. During it though there are countless maneuvers that are done by each player and team. A maneuver in basketball is a way of describing a move, a pass, a shot, or really any action done while on the court. You can have a basic maneuver such as dribbling or a layup as well as fancy maneuvers like spin moves and euro steps.

Below is a list of several maneuvers. To make it easier to understand, each maneuver is grouped into a category that describes it.

Offensive players try to beat defenders with a variety of different skill moves and fakes. 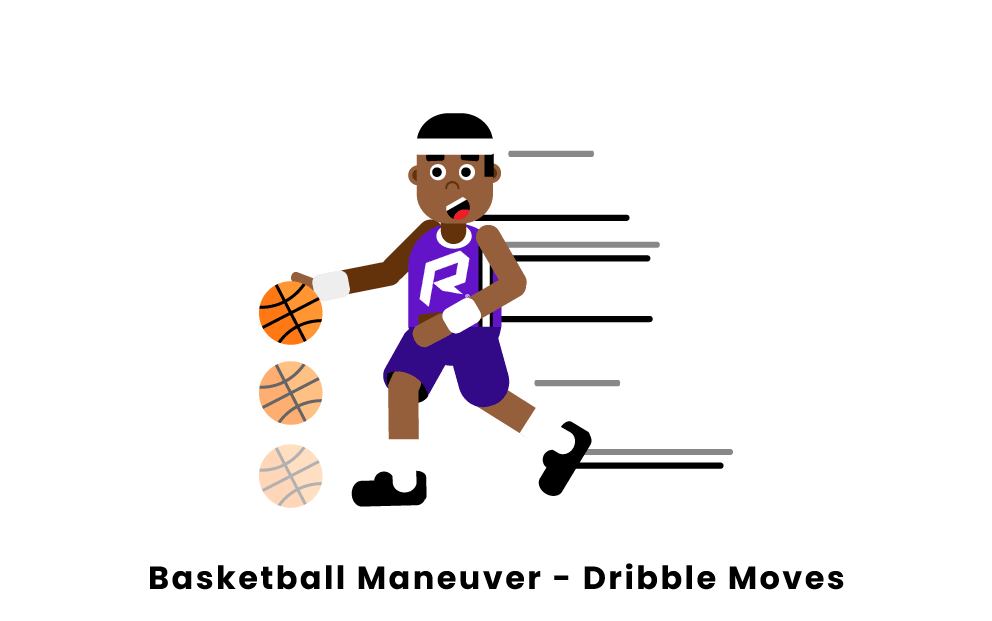 A spin move is used to get around a defender. It is a flashy maneuver that requires the offensive player to spin 360 degrees on one leg very quickly while dribbling.

Crossovers are also effective in getting around defenders. A standard crossover is just dribbling the ball from side to side, switching hands. It can be tricked out as well.

Behind the Back Crossover

A behind the back crossover is dribbling the ball behind you where you cannot see it. Although it is flashy, it does offer practical value as it is harder for the defender to reach and steal the ball.

Between the Legs Crossover

Crossovers through the legs do not add much value for the dribbler other than the visual appeal. Sometimes players feel more comfortable doing them because it's what they practice.

In basketball, a player is allowed to take two steps without dribbling the basketball. One way players make the most of that rule is with a eurostep. Instead of taking the two steps by continuing their stride, they eurostep. A eurostep is two exaggerated strides, often changing direction multiple times.

A shot constitutes of throwing the ball towards the basket in an attempt to score points.

Layups are worth two points and are shots that are taken from within a couple feet of the basket.

Slam dunks,are also from a short distance. However compared to layups, they are much more emphatic and eye popping. A dunk is putting the ball into the hoop without the shooting motion, 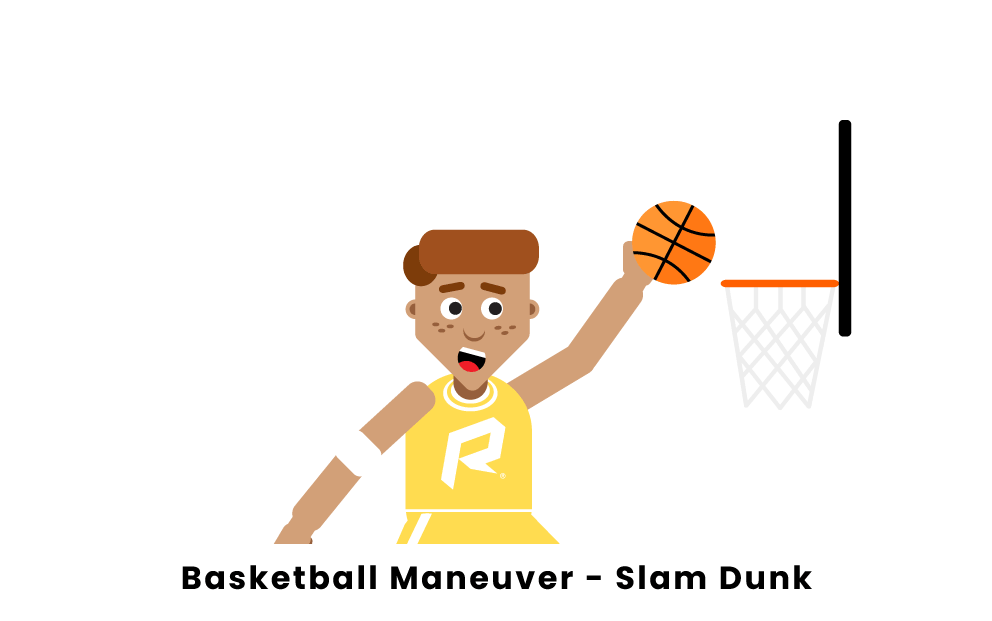 One step further than a dunk is an alley oop. An alley oop is a dunk that directly follows a lob pass thrown by a teammate.

A fadeaway is a fancy form of a standard jump shot. Instead of shooting from a stationary position, a player will fall back, away from the basket during their shot. This can either be done for style or to create space from the defender to release the ball.

Following the theme of shooting maneuvers, a shot fake is as the name suggest when you fake a shot. Shot fakes are an excellent way to get the defender off their feet leaving an open shot.

Passes are considered to be maneuvers as well. On its own, it is a simple act, just throwing the ball to a teammate. However, there are several ways that passes can be done, some of which are very flashy.

A bounce pass is a safe and standard way of passing the ball. You throw the ball halfway to a teammate and have the ball bounce up to them. 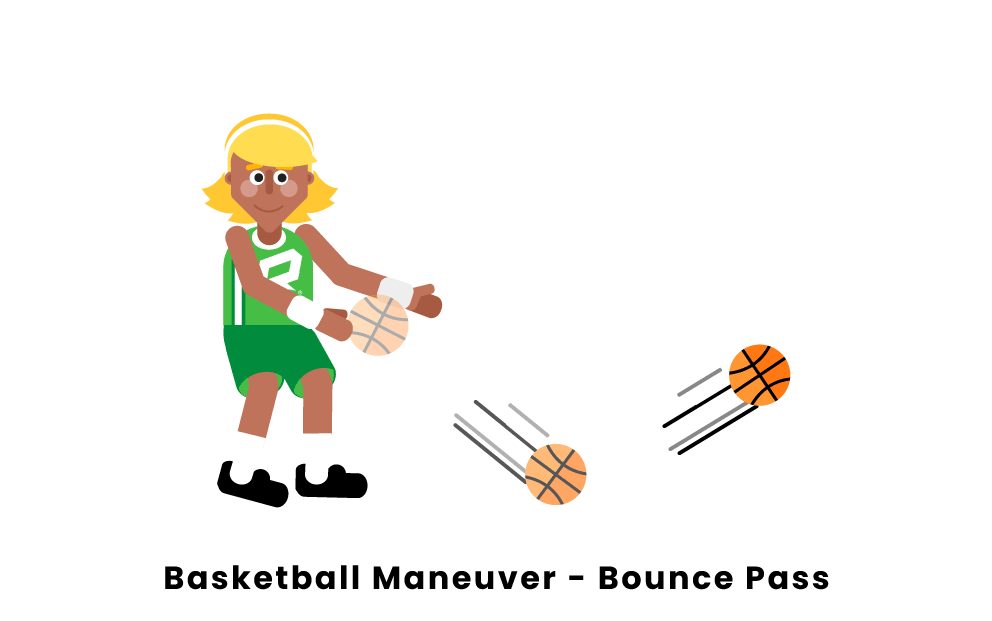 Just like the name suggests a no look pass is a pass where the offensive player looks in another direction while throwing. This pass throws off the defense as well as looks super cool to the fans.

This list does not cover every single maneuver in the sport of basketball as there are countless of them. There are other forms of shots, passes, and dribble moves.