Isolation plays, also known as ISO plays, are offensive plays designed to create one-on-one game situations. An isolation play’s goal is to score purely based on a player’s offensive skills (or another player’s lack of defensive skills). In an isolation play, usually the team’s most talented scorer gets the ball, while their teammates spread the court to give them space. That way, the player with the ball and their defender truly get isolated, and have space to play one-on-one.

ISO plays are great in the end game when there is little time left on the game clock in the 4th quarter. In that scenario, the team’s best and most decisive player will be the one in isolation. Every coach should use some isolation plays in their playbook. However, ISOs are not fit at all times during a game, and it is not effective all the time; let's look at the pros and cons of ISO plays.

There are lots of advantages to isolation plays and why they are effective in a basketball game. Here are the reasons why ISO plays should be in your playbook:

There are a few reasons why you should consider not using ISO plays in your playbook.

There are limitless possibilities for how to set up an isolation play, but the core concept remains the same. If you can create a one-on-one situation with your best player you have a great chance of success. Here are list of isolation play types you can incorporate in your playbook: 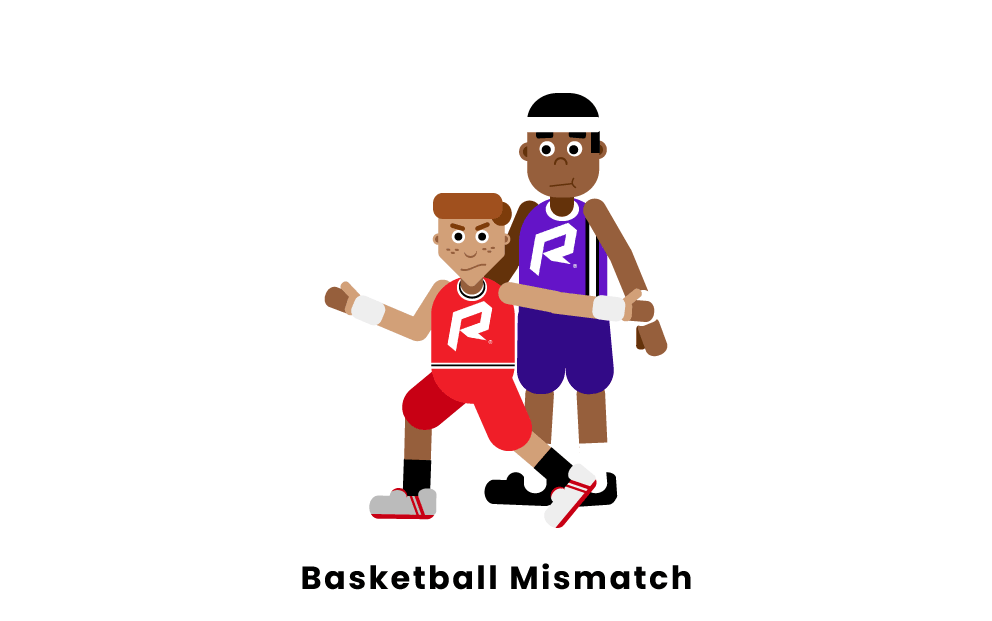 ISO plays are most effective when teams create player mismatches. When a mismatch is obvious on the court, it's a good sign for running an ISO play. When designing an isolation play around a player mismatch, look at the following things:

How To Setup ISO Plays

To set up an isolation play in basketball, you need to draw defenders away from the basket and from the dribbler. The best way to set up isolation plays is with a combination of screens and cuts, such as the ones mentioned above. As a coach, follow these steps when planning your isolation play:

Isolations at the End of the Game

Isolation shots at the end of games are the toughest because the game clock is winding down and the offensive player has to be able to make his move in time to get the shot off and potentially win the game. The reason that teams don't run their offense and just isolate their best player at the top of the key is because it is the most risk averse. The coach can put the ball in the best player's hands at the end of the game and live with the result, whether they make the game winner or miss the potential winning shot.

Some examples of great isolation players taking the last shot are Michael Jordan, Kobe Bryant, James Harden, Damian Lillard, and Kyrie Irving. These players are dangerous end-of-game isolation shot-takers and makers. For example, Jordan and Bryant had a killer instinct that was unmatched and they broke hearts making game winning shots.. Another example is Irving, who is a ball-handling wizard and can shoot the ball exceedingly well. That combination is deadly for a defensive player. Damian Lillard has twice hit a “series-winning shot” in the playoffs.