Give And Go Basketball

Basketball Give And Go

A give and go is a basic offensive play in basketball. The give and go is a fundamental play that many players will learn when beginning to play the sport. This play most commonly used at beginner levels of the sport, but can be effective at high levels. Youth and high school teams frequently utilize the give and go in their offensive sets.

The basic give and go is run by a guard starting at the top of the key in possession of the ball. The ball handler will begin by passing the ball to another teammate positioned on the wing. Now, the passer will make a strong cut to the basket with the hopes of catching their defender off guard and getting open in the lane. If the cut is effective, their teammate should pass them the ball for an easy shot near the basket.

This play can also have a number of variations to it. It can be run in different locations on the court, guards and forwards can switch positions, players can set screens, and more players can be involved. The flexibility allowed with this basic plays makes it one of the most versatile yet simple plays in the game. 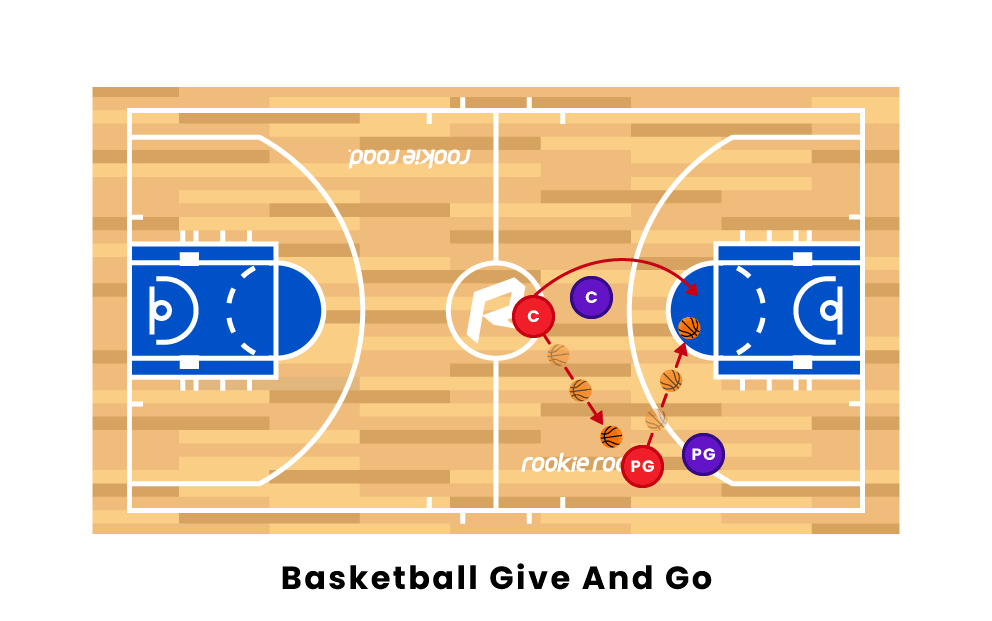 Pages Related to Give And Go Basketball