Basics of a Front Cut

A front cut in basketball is a cut where the player receives the ball while they are in front of their defender. The cut itself is how they get to be in front of the defender by first planting behind their primary defender then moving into the front of them while moving towards the basket too. The player passing to the cutter is on the same side as the cut is made to making the pass easy to make right to the cutting offensive player who has a step on their defender. 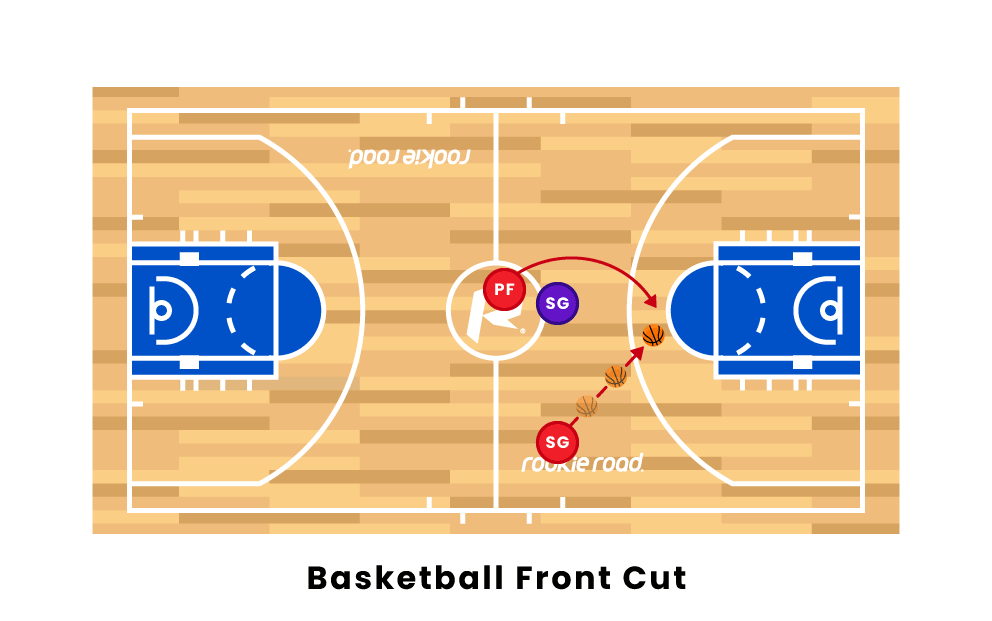 Since the front cut is a hard cut to the rim the only main option is getting to the basket after receiving the pass because the offensive player is already on the way to the rim. If the defender is able to somewhat recover and contest the rim, a pullup jumper or floater could be the next best option when attacking the rim. If they get fully in front a kick back to the original passer or another teammate becomes the only good option.

The defense is a full step behind once the cutting offensive player receives the ball in this cut so they must recover as best they can. This might mean a switch if a help side defender comes to top the cutting player from easily getting to the rim. The front cut is difficult to defend after the fact so the defense must prevent overplaying to begin with which would be the best defense to this type of cut possible.