A four-point play in basketball is when a player scores a basket and is fouled by a defender in the process. The offensive player will then go to the free throw line for a chance to make foul shots and score four points in one singular possession. 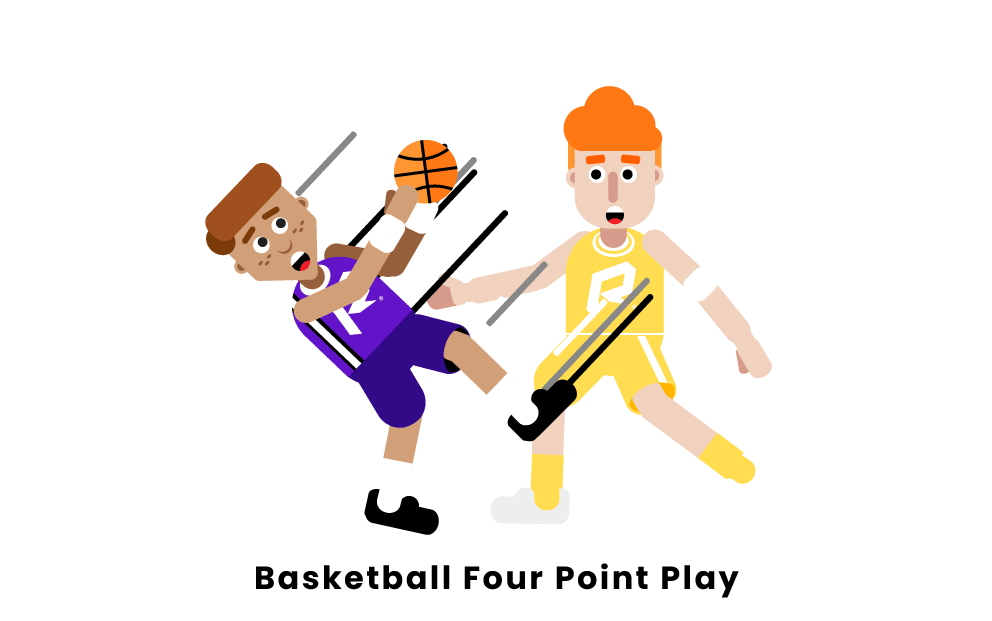 There are two different ways to achieve a four-point play on one offensive possession. The first and more common way is to make a three-point shot while being fouled by a defender. Normally when an offensive player is fouled (contacted by a defender in the act of shooting), they are awarded two foul shots, which are uncontested shot attempts from behind the free throw line (situated just above the box-shaped, painted area near the basket). In the event that the shot is made, however, points are awarded for a made basket and the player is given just one foul shot. This is why most four-point plays require the shooter to make a shot worth three points.

Although it is considered a rarity, four-point plays can also be achieved on a two-point shot attempt. In order for the offensive player to be awarded the two foul shots necessary to score four points, a flagrant must be called as opposed to a traditional foul. This type of foul only occurs when the referee deems contact by the defender as unnecessary or excessively rough.

When the team on offense is behind by a fairly significant number of points and needs a big score, the shooter will often try to "draw a foul" by baiting the defender into making contact on a shot attempt. Pump fakes, in which the shooter holds the ball up high and pretends to begin a shooting motion, are usually the best way to make a defender commit a foul. Once convinced that a shot is about to be attempted, most defenders will leave their feet and throw their hands up to distract the shooter, at which point the shooter can lean into the defender and draw a foul.

Significance of a Four-Point Play

Partially because they don't happen very often, four-point plays have the ability to shift the momentum of a game. Their impact is mostly felt in situations where game is tied with little time left, as a four-point plays make it so that the opposing team is trailing by two possessions.