The Basics of a Flare Cut

A flare cut can be used on its own, or it is widely known as being used to counter an overzealous defense. The offensive is usually trying to curl around a screener in the low post, or using a curl cut, but the defense stays high over the screener. So, the offense flares out to the corner for an open shot since their defense is now out of position. They are then given multiple offensive options based solely on how the defense reacts to the change in movement. 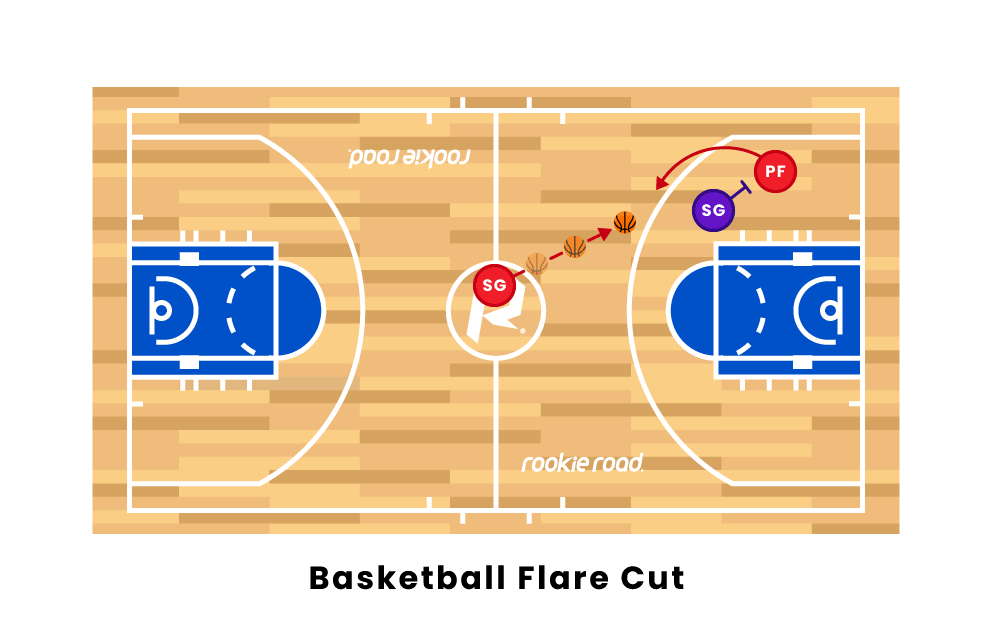 Upon using a flare cut to get a pass, the offensive player now has a few options. First off, if they are open, they can take a good shot whether it be a 15 foot attempt or a three pointer. If the defense closes out quick enough to prevent a shot the offensive player may be able to drive easily by using the defense's momentum moving away from the basket against them. They can then drive to the rim or kick out once the defense collapses leaving multiple good options.

The defense overplayed the low post screen to begin with, so they start at a disadvantage. They must first close out the offensive player in the corner preventing a good shot. Then, they must stay in front, forcing the ball handler to pass or into a trap if another defender is nearby. If they are unable to close out, then the defense is left in a bad position allowing a good shot or an easy drive to the rim.