The Basics of a Fade Cut

The fade cut is very similar to the flare cut, however, its main purpose is to receive a good shooting opportunity after receiving a pass without looking to do anything else. A flare cut allows for a shot or may look to the rim as well however a fade cut can take place anywhere on the court and instead of going to the rim, the offensive player fades for a good perimeter shot look. 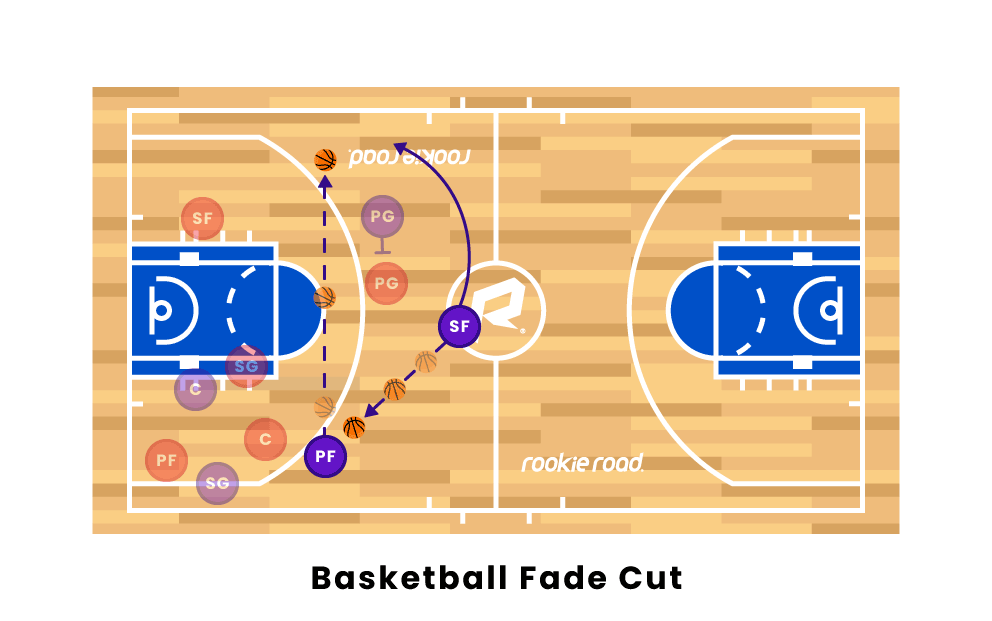 The main goal of a fade cut is to receive a pass and shoot right away. This will usually make a fade cut a good tool for a catch and shoot three point shooter or a guard who has a good perimeter shot. If they do not shoot the ball, it will usually be reversed back around, or the guard may choose to drive to the rim based on how the defender is playing similar to a flare cut.

The defender who is guarding the offensive player has usually been screened prior to the fade cut, so they are a step behind to begin with. They must close out on the shooter keeping him in front without getting out of position going for a block. If the offensive player does not shoot, they must keep in front and prevent any easy drives to the rim for layups.