Dribble penetration in basketball is when a player dribbles toward the basket to penetrate the defense. Penetration is not only a good way to get a layup, but it sets up other players to get open shots as well.

How to Dribble Penetrate

The first step is analyzing the defense in front of you. It is much easier to penetrate a zone than a man defense because of the gaps in the scheme. When attacking a zone, it is important to be quick and concise with your movements so that you can squeak by the top defenders. If you are being guarded one on one in man to man then there is much more effort needed in setting up dribble moves to get by the defender.

Once you have successfully made your way past the first obstacle, there are a plethora of options. The first option is to pull up for a shot or a floater. While this might not be the highest percentage look, your momentum makes it the easiest path to take.

The second option is continuing on to the hoop in order to get a layup. This requires even more work on the ball handler’s part to fake out the defenders down low and get to the rack.

The third possibility is dumping the ball off to a big man after the initial penetration. Once you are in the paint, the rim defender will most likely step up to guard you, allowing a slip pass down low for an easy bucket.

Lastly is the kick out. A kick out is a pass that you make after penetrating the heart of the defense. Once the outside defenders converge, you pass the ball quickly to a wing who should either have a wide open three point shot or who has the ability to drive with the amount of space created. Initial spacing is a vital part of good dribble penetration. 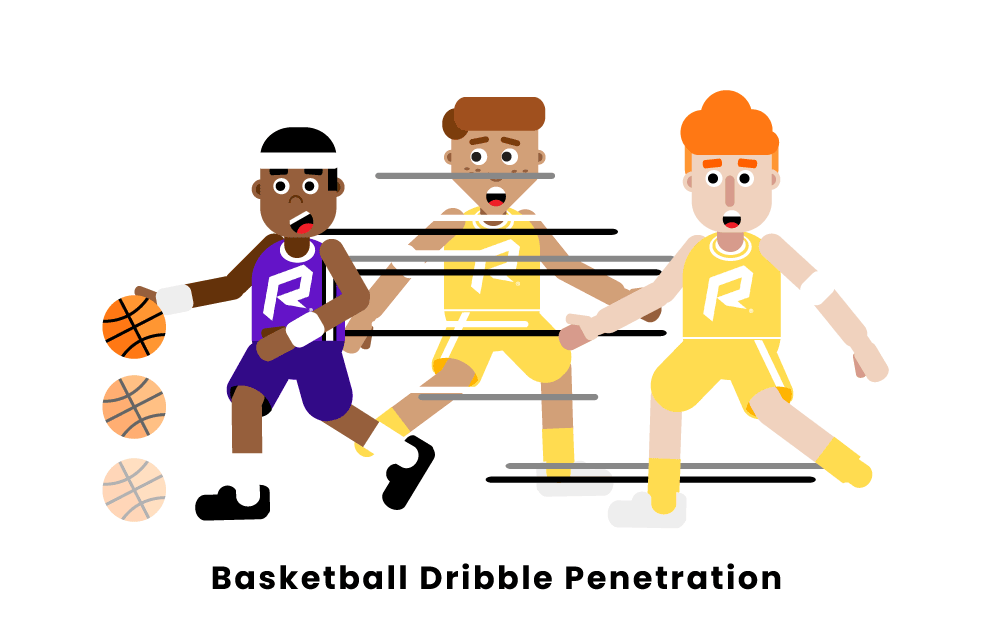