What is a Basketball Down Screen?

A down screen in basketball is a type of screen that is set by an offensive player going toward the baseline to free up a teammate. Downscreen can be used to get players open three point shots or jumpers, or to start the offense from a different part of the floor.

A typical down screen will be a player coming from the top of the key or the wing and setting a pick around the block next to the basket. Although in a normal positional setup this would mean a guard screen for a big man, the play often starts off with the players in opposite locations so that the larger athlete can set an enforcing screen while the quicker guard cuts around to the ball for a shot or penetration opportunity.

A common scenario that occurs after a screen is a switch, and in this scenario it is likely that the best past will not be to the curling shooter, but down low to the person who set the screen. Not only will they be able to roll off the screen and have an easy short shot as they block out the defender, but if a guard switches on to a big man then points are almost guaranteed.

If the defense does not switch, then the player coming up from the screen should be wide open.

In order to ensure maximum success, the downscreener should angle their body in a way that prevents the defender from easily going under or over it. 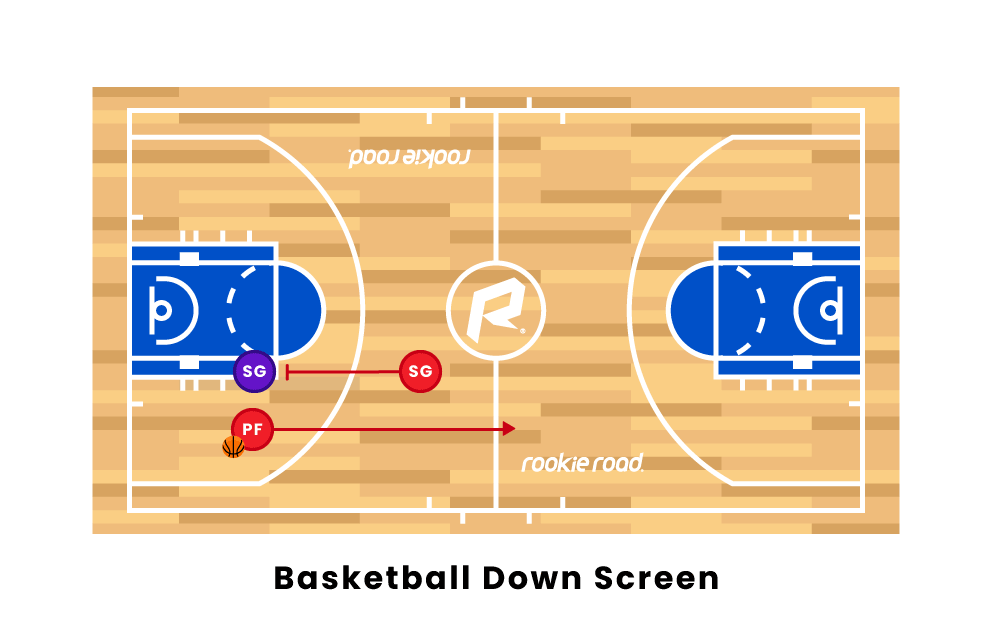 Pages Related to Down Screen Basketball