Basics of a Curl Cut

A curl cut is one of the most common cuts in the game of basketball. The name “curl” comes from the offensive player’s action who moves closely around a screening offensive player back towards the basket giving a good opportunity to score almost every time. This can take place almost anywhere on the court whether near the three point line, free throw line, or in the post area; it is effective everywhere. 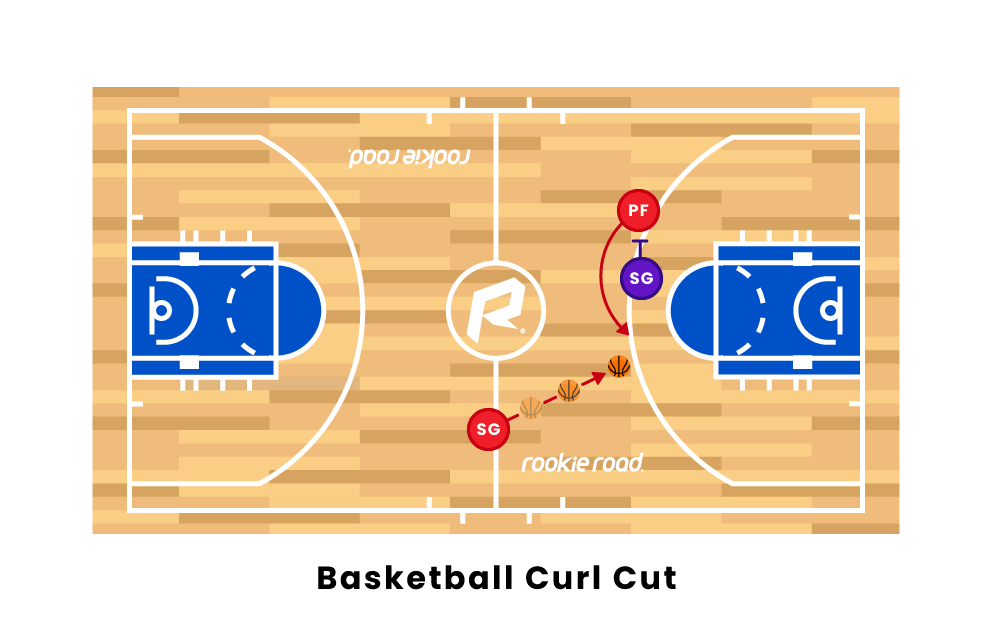 The best-case scenario upon receiving a pass is the offensive player who just cut is wide open for a driving layup or finish of some kind. Also, if the curl takes place above the three point line or further out, they could get an open jump shot from this action too. If they are guarded, however, the player who set the screen will usually be open if they roll to the rim with a defensive player now out of position behind him who chased around the screen.

The defense must decide whether to try and stop the curl cut and force a flare out or to guard straight up. If they allow the curl cut, the best option may be for the chasing player to switch onto the screener leaving the defenders in a good position. The defense as a whole must stop the cutting player, especially since his primary defender will most likely be out of position because of the curling cut.